Proverb is officially elected into the South African Music Rights Organisation (SAMRO) board.

It has been an incredible year for Mzansi rapper and media star, ProVerb who has been focused on building himself to accomplish more. The Mzansi star has achieved so much already, starting his own podcast, pushing his education further, and generally being awesome.

Now, it’s all paying off because he just bagged another major win. ProVerb has been officially selected to join the SAMRO board. According to information shared via the organisation’s Twitter page, he was selected at the 57th Annual General Meeting this year. This is pretty huge for him.

Reacting to the big news, the talented emcee shared his gratitude “to learn more and serve” the Mzansi music industry. He also thanked the people who voted for him for their confidence in him. The radio star has been doing so well for himself, and we are all proud of his success. 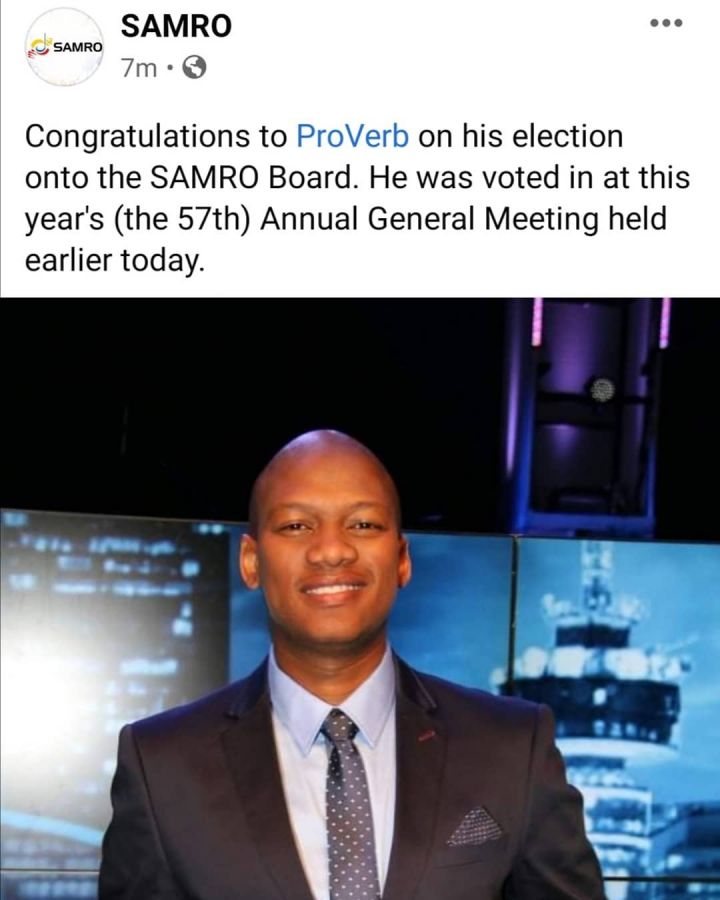 Tags
Proverb
John Jabulani Send an email 12 December 2020
Back to top button
Close
We use cookies on our website to give you the most relevant experience by remembering your preferences and repeat visits. By clicking “Accept All”, you consent to the use of ALL the cookies. However, you may visit "Cookie Settings" to provide a controlled consent.
Cookie SettingsAccept All
Manage Privacy