South African rapper J Molley is taking a break from music and social media to take care of his mental health.

The songster had released a couple of depressing tweets, leaving fans wondering if he was okay. In one of the tweets, he had said he was ready to put a bullet through his head. In a follow-up tweet, he had stated that people only care when you’re dead. 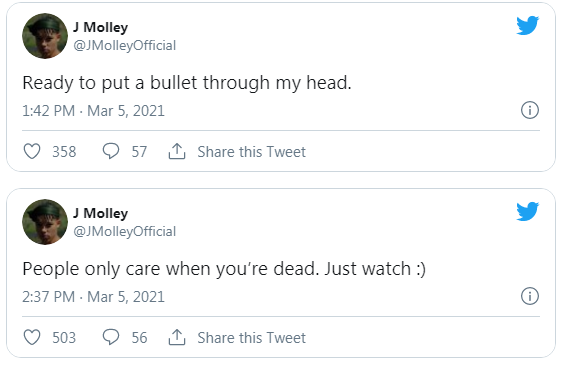 Worried by the posts, fans had asked if he was okay, with many asking him to seek help immediately and not follow the path of compatriot HHP (who had apparently committed suicide after a protracted battle with depression).

Never Broke, J Molley’s management, took to Twitter days later to address concerns over his mental health. In a statement, the management noted that the “Going Down” star was receiving help and doing fine.

The management also announced J Molley’s break from music and social media to focus on his mental health. It was, however, mum  on when he will be back to social media and to music. 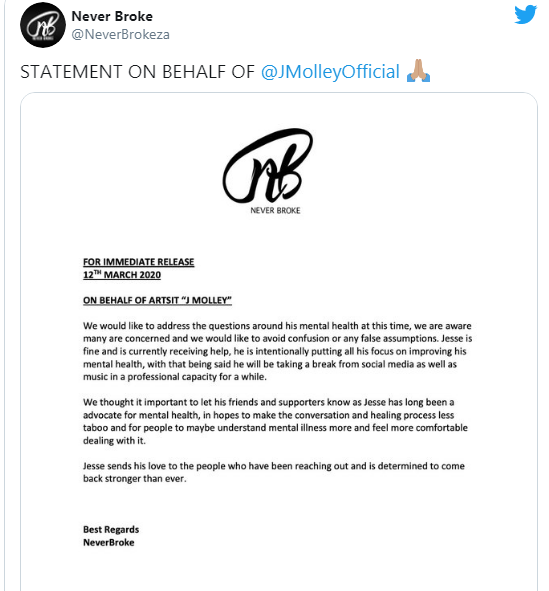 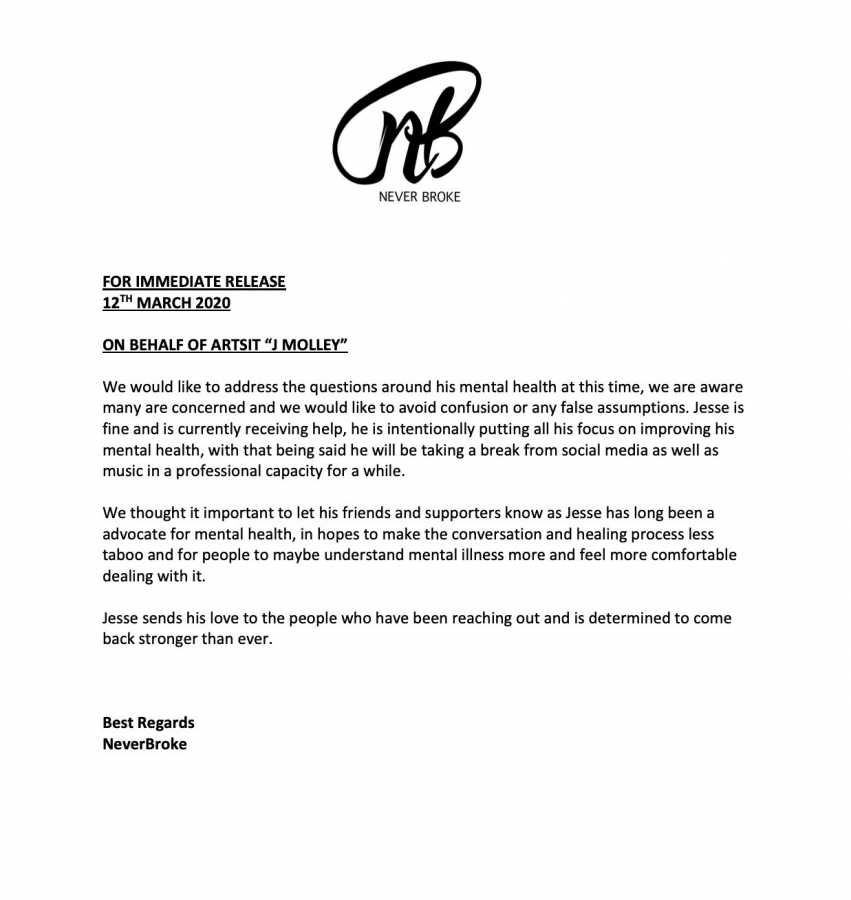 Tags
J Molley
John Israel A Send an email 12 March 2021
Back to top button
Close
We use cookies on our website to give you the most relevant experience by remembering your preferences and repeat visits. By clicking “Accept All”, you consent to the use of ALL the cookies. However, you may visit "Cookie Settings" to provide a controlled consent.
Cookie SettingsAccept All
Manage Privacy