Jada Pinkett-Smith has got a new look, and all fans can think of right now is that she’s memorializing her late friend 2Pac with her all-new clean-shaven head. 2Pac, while he lived, was not on the “hairful” side of life.

Jada Pinkett-Smith shared a photo of her new head, compared to the older one, with a “how it started and how it’s going” caption. In the older picture, her head blazed with many strands; but in the latest she has no hairs at all. You can check out the snaps below. 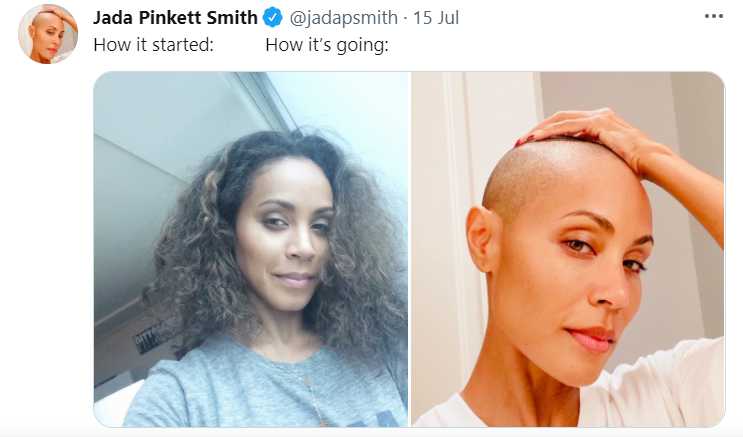 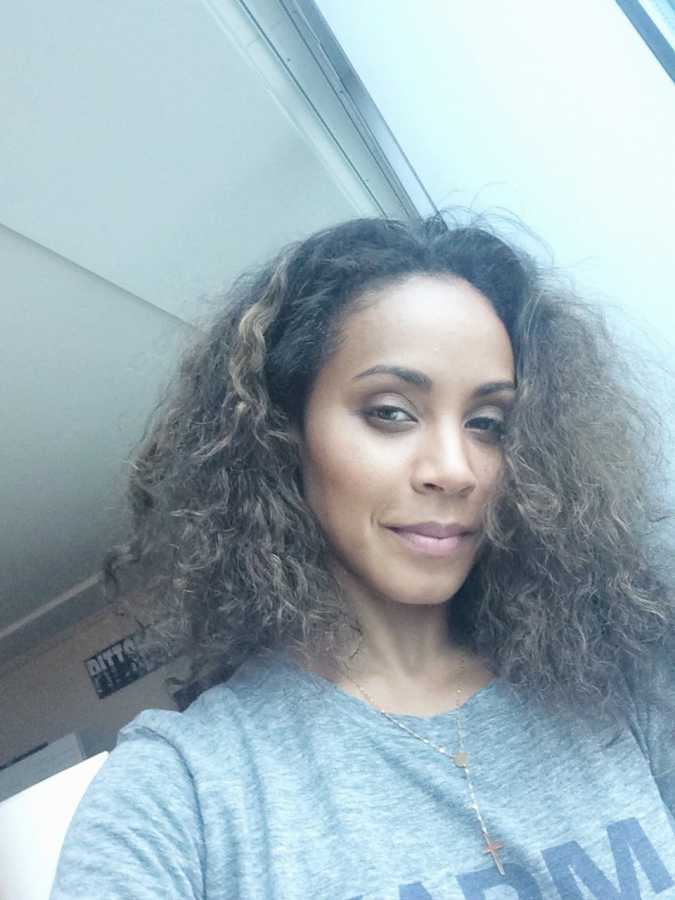 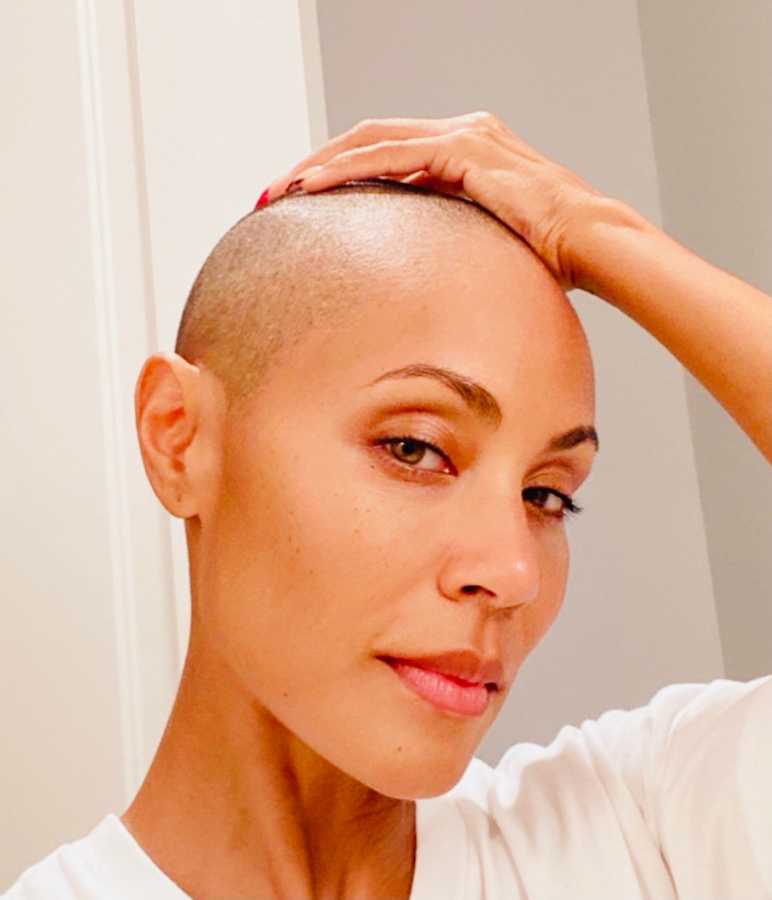 Her new head post elicited mixed reactions. While some social media users celebrated her boldness, some thought she was taking her “love” for the late 2Pac too far.

By the way, Jada, who’s allegedly no longer with Will Smith (following the seamy details of her romantic triangle), and who’s shared one of 2Pac’s never before seen lyrics, recently revealed that she had at some point in the post implored 2Pac not to beat up Will Smith.

What do you think of Jada Pinkett-Smith shaving off her head, and the reactions her action has elicited so far? You may want to join the conversation by dropping your thoughts in the comment section below.