It’s a new phase of excitement for songster Jason Derulo (real name: Jason Joel Desrouleaux) and girlfriend Jena Frumes, who are expecting their first child together.

In a recent Instagram post, the songster shared a clip of his heavily pregnant girlfriend. He was seen kissing her baby bump. He couldn’t be happier about this chapter in his life, according to him.

So far, the responses from fans and the generally public have been of excitement and support.

Jason and Jena revealed, during an elaborate outing with friends at the Baha Mar resort in the Bahamas, they’re having a son.

But before the gender reveal, the 31-year-old singer had predicted Jena would be having a son. He had hinged his prediction on the way the baby was sitting. “…kinda low and it looks like a ball”

On her part, Jena had predicted the baby would be a girl. She had expected a girl because, according to her, she has been feeling “clumsy and moody” while pregnant.

As it turned out Jason  won the predicting game. Either way, both would-be parents are incredibly excited about what they’re having. 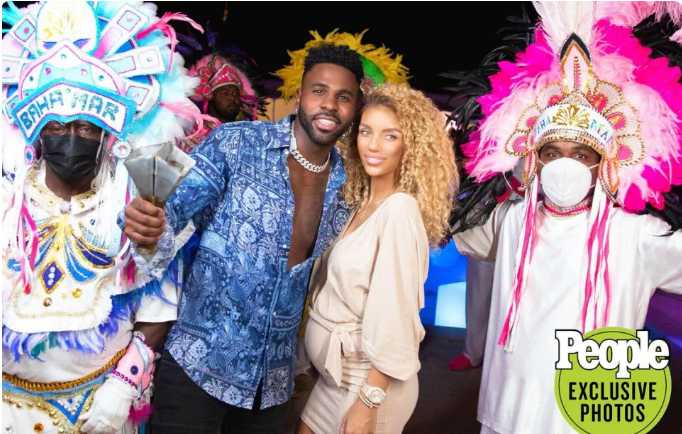 By the way, Jason and Jena met at a gym before the pandemic and began dating soon after.

Tags
Jason Derulo Jena Frumes USA
John Israel A31 March 2021
Back to top button
Close
We use cookies on our website to give you the most relevant experience by remembering your preferences and repeat visits. By clicking “Accept All”, you consent to the use of ALL the cookies. However, you may visit "Cookie Settings" to provide a controlled consent.
Cookie SettingsAccept All
Manage Privacy