“Act II: The Patents Of Nobility” has got to be one of the longest expected albums this decade. Slated for release in 2009, the album never popped on digital platform. But it has just been leaked in its entirety

The leaked project is said to spot fifteen tracks in all and features artistes like The Bullits, Jay-Z, Serge Gainsbourg, and LaTonya Givens.

The album is said to have been bought by a group of hackers for a five figure sum.

Since the album has been released illegally, we are not going to share it on here. If Jay Electronica should release the album officially, we would (read as might) bring it to you here.

Already, it has been reported that he is now aware of the leak and is working assiduously to clean things up and upload the album officially to Tidal.

The leak provoked a storm of reactions online, with some fans expressing their puzzlement the songster should seat on the album for almost a decade. 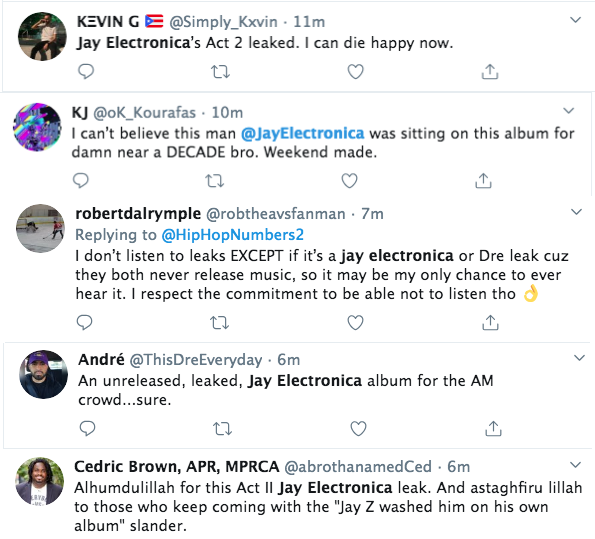 Well, what do you think about the leak of Jay Electronica‘s “Act II: The Patents Of Nobility” album? You might want to join the conversation by dropping your thoughts in the comment section below.