Master KG has just reached another career milestone, taking up a place in the United Kingdom’s biggest chart show alongside some international figures like Miley Cyrus and Ed Sheeran.

Master KG is spotted at No. 8, just above Justin Bieber and Miley Cyrus. It was his very first time on the chart and his excrement at his triumph is best imagined. The songster took to his Twitter account to share the good news with his fans.

He literally screamed making the announcement. His excitement at his recent chart triunpg is shared by most of his fans, who inundated the comment section with messages of congratulations. You can check out his post below. 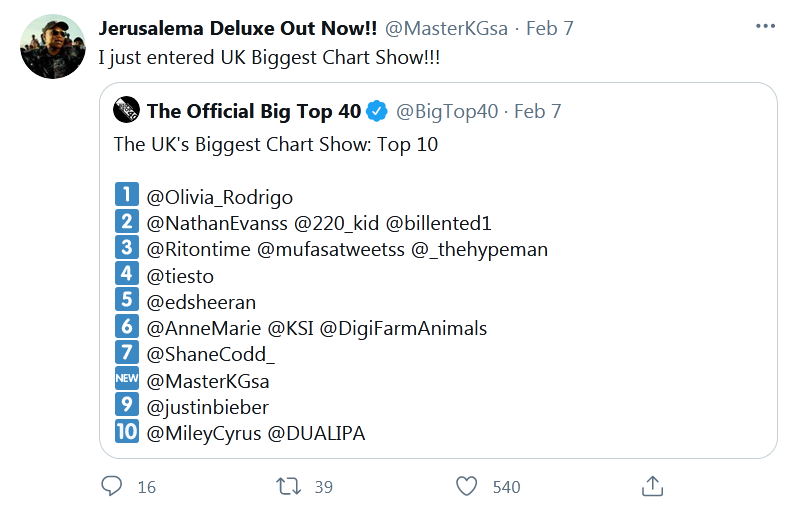 Master KG made it to the chart thanks to the appeal of his “Jerusalema” song featuring Nomcebo Zikode. The song was one of the biggest jams of 2020 and opened many doors for the songster, local and international.

The song was a hit in Switzerland, had gone double platinum in Spain and was instrumental to Vin Diesel inviting the South Africa producer over for a treat with his family.

What do you think of master KG making it to the UK’s big chart show? You might want to join the conversation by dropping your thoughts in the comment section below.