Jo-Anne Reyneke has shared that she once had a miscarriage in a recent interaction with fans.

Some situations never really leave you. You remember it like it was yesterday, but you become stronger as the days pass by. Mzansi star Jo-Anne Reyneke recently opened up about one of the most painful occurrences in her life.

She appeared in a recent Q&A with fans and opened up about some of the things she’s passionate about, what she likes in a man and the pain she has been through in the past. Even with the children she has now, a fan asked her if she had ever had a miscarriage.

Replying, she revealed that she has “gone through that pain. She further revealed that it needed to be told. Answering other questions, Jo-Anne shared that she’s been taking care of her sister’s children since she passed. Shout out to her for being so strong. 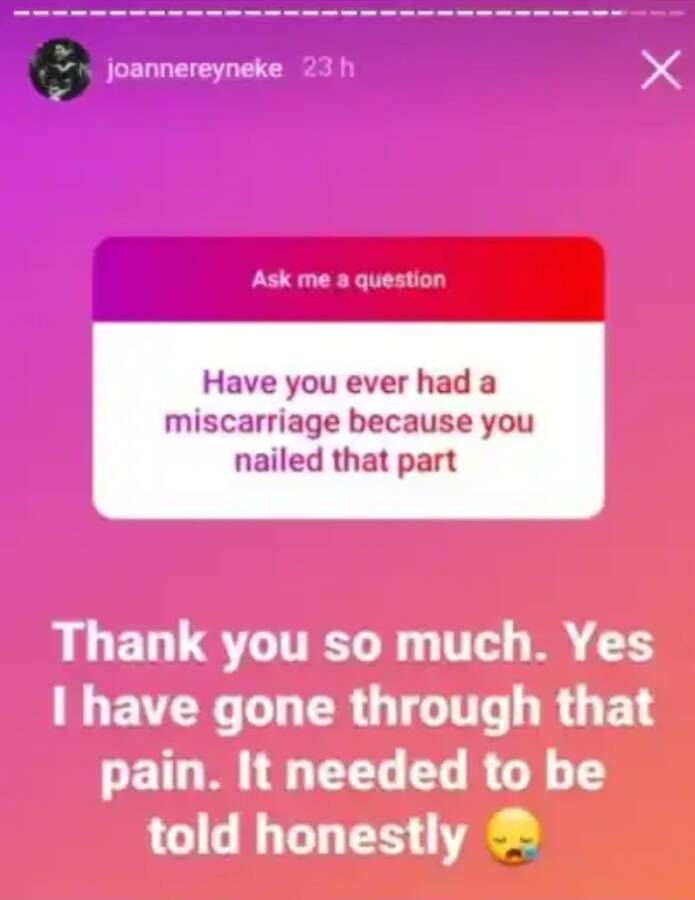 Tags
Jo-Anne Reyneke
John Jabulani Send an email 11 February 2022
Back to top button
Close
We use cookies on our website to give you the most relevant experience by remembering your preferences and repeat visits. By clicking “Accept All”, you consent to the use of ALL the cookies. However, you may visit "Cookie Settings" to provide a controlled consent.
Cookie SettingsAccept All
Manage Privacy