Born in Soweto in 1937, Jonas Gwangwa’s interest in the trombone dates back to when he was young. He manages to master the instrument and soon achieved fame on a global scale as a trombonist.

He had been nominated for, among others, A Grammy, Golden Globe and Academy awards. Jonas Gwangwa stood out as much for his music as for anti-apartheid advocacy. At some point, his records were banned in South Africa because the apartheid government felt threatened by them

Following the announcement of his death, condolences have been pouring in from around the world. South Africa’s president Cyril Ramaphosa described the late jazz maestro as a giant of South Africa’s revolutionary cultural movement. 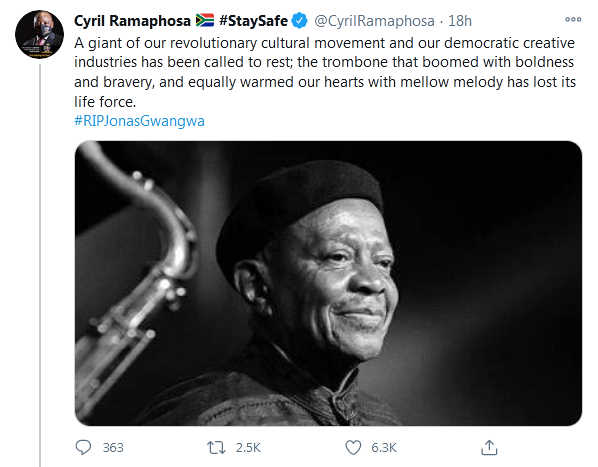 On his part, Kalawa Jazmee boss Oskido tweeted that the day of Jonas Gwangwa’s passing will be remembered as a sad day for South Africa and it’s music industry, describing the late Jonas Gwangwa as a fallen giant. 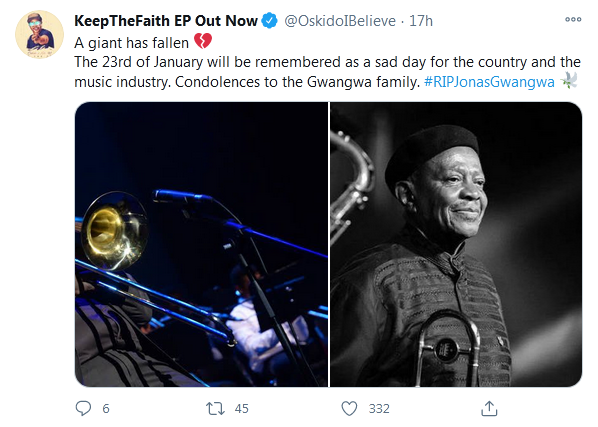 Tags
Jonas Gwangwa
John Israel A24 January 2021
Back to top button
Close
We use cookies on our website to give you the most relevant experience by remembering your preferences and repeat visits. By clicking “Accept All”, you consent to the use of ALL the cookies. However, you may visit "Cookie Settings" to provide a controlled consent.
Cookie SettingsAccept All
Manage Privacy