Jub Jub, AKA, Duncan & Zakwe battle to clinch the number one spot on the Hip Hop charts.

Everyone loves a good song, and there is no doubt that it would make it’s way to the top of the charts. In all honesty, some of the best songs were released this weekend, and fans are loving every single one of them.

SA Hip Hop stars, Jub Jub, AKA and Duncan all released new music and they’re all doing well on the charts. Supa Mega blazed in with his new EP “Bhovamania” and it has already clinched the top spot on both the Hip Hop and general albums charts.

AKA has also clinched multiple songs in the SA Hip Hop charts including “Heavy Drank” with K.O, “Energy” with Gemini Major, “Finessin” and more. Jub Jub’s remake of “Ndikhokhele” is currently at number 4 while Zakwe & Duncan’s “Ama-Level” featuring Assessa & Just Bheki is at a peak of number 2. Which is your favourite? 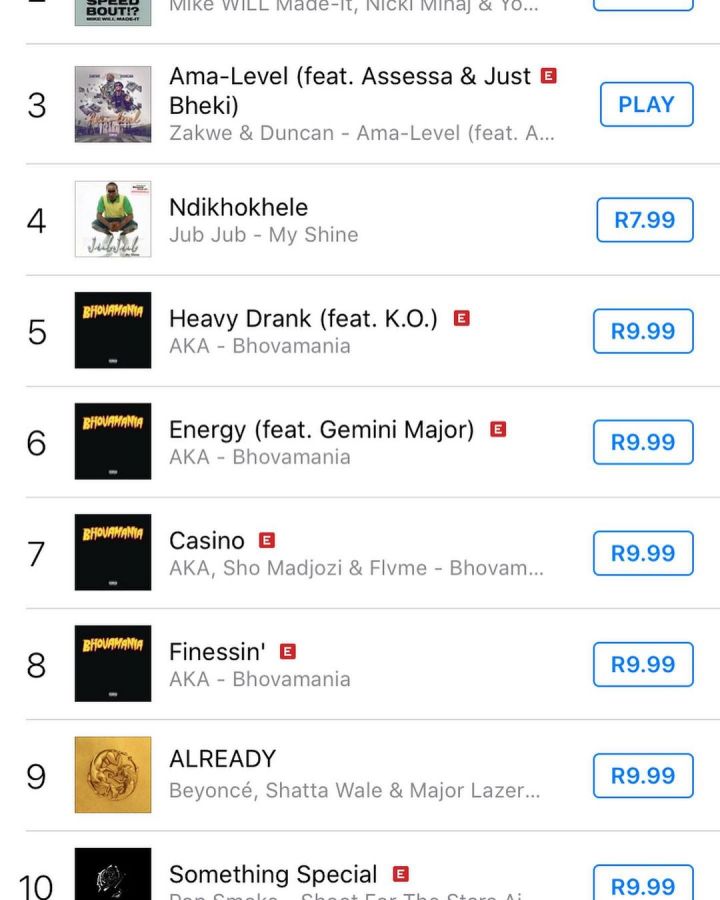 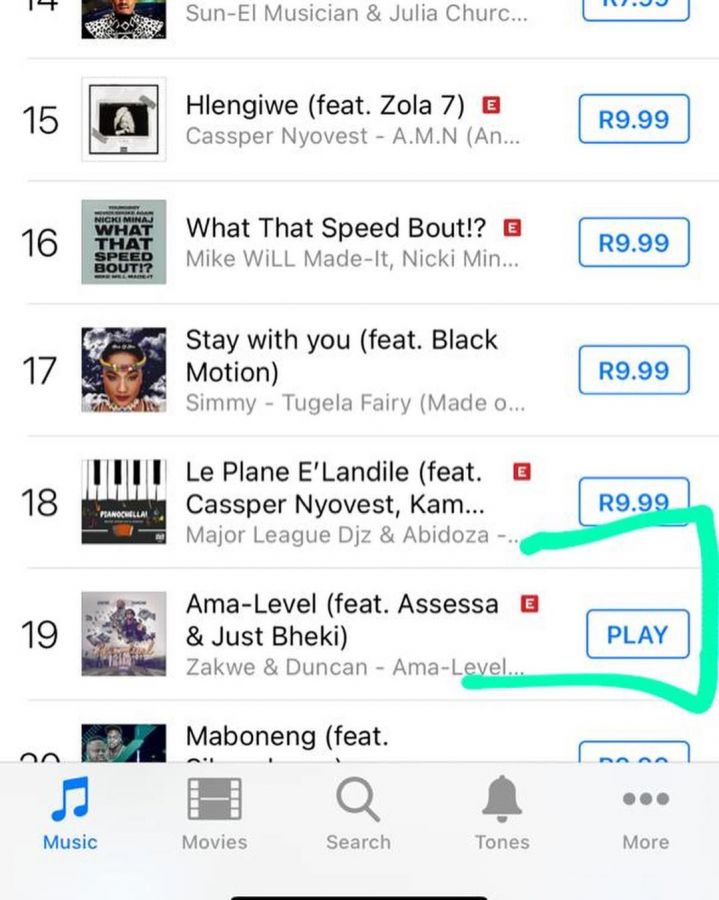