It’s a sad period for Kiernan Jarryd Forbes, the South African rapper who goes by the stage name of AKA, having just lost his fiancée Nelli Tembe.

The socialite reportedly fell from the five-star Pepperclub Hotel in Cape Town yesterday Sunday 11 April. Eyewitness recalled hearing a massive thud and then someone crying desperately for help. She was rushed to the hospital, where she died.

Details of what actually happened are still sketchy, but her family has confirmed in a statement that she’s no more,

Prior to her death, Nelli Tembe and AKA’s families had reportedly met and he had paid her lobola. Some fans had not been impressed by the speed with which AKA appeared to be taking his relationship wth her and voiced their fears, warning Nelli Tembe he might jilt her like he did his previous girlfriends.

With the news of her accident hitting the blogospheres, however, many are incredulous. Celebs and fans alike have shared their condolences with AKA, who is said ro be inconsolable and currently surrounded by family and close friends. 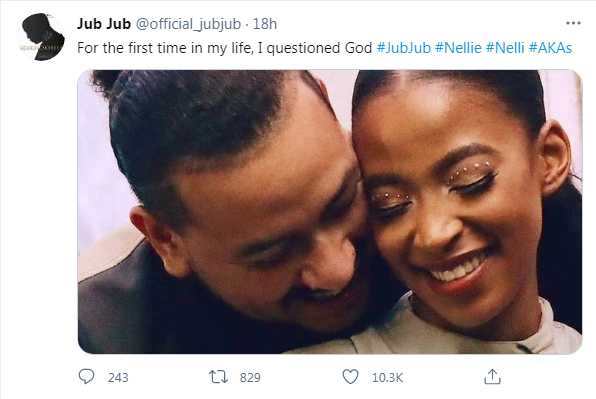 Lasizwe, Thando Thabethe and even AKA’s rival Cassper Nyovest have shared words of consolation with AKA for Nelli Tembe’s passing. You may want to share yours as well, in the comments.