As you can see, the amapiano singer Samthing Soweto was not on the list of featured artistes. A fan thought he should have made the list and enquired from Jub Jub why Samthing Soweto didn’t make the guest list. 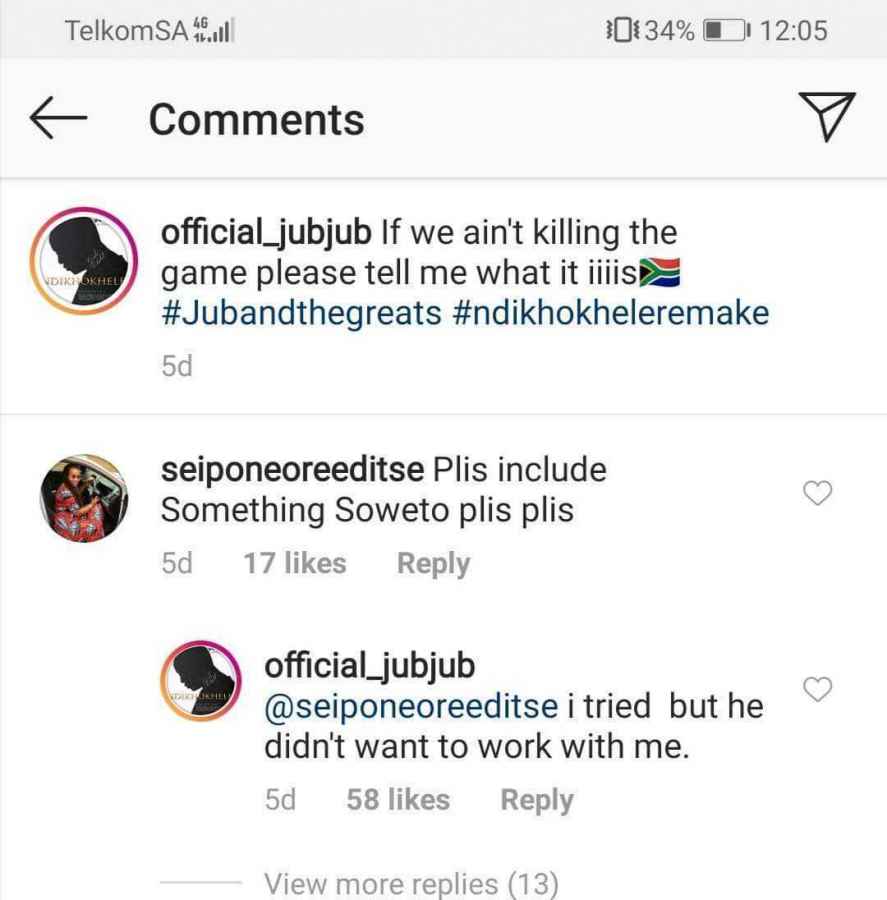 By the way, it has been reported that profits from the song will go to the families of victims of Jub Jub’s car crash years ago, an incident for which he was eventually convicted for manslaughter.

It is unknown why Samthing Soweto refused to work with Jub jub on “Ndikhokhele (Remix).” But speculations are rife that it has to do with the crash in which a student was killed. Well, what do you think?