Beyond the heat of politics, EFF leader Julius Malema has apparently got a soft side. At least, that’s what many in South Africa are saying following the note he wrote his wife on her birthday.

In a post to his verified Instagram page, Julius Malema had his wife Mantwa Matlala as a blessing to their children and to him, vowing to ensure, on behalf of himself and the boys, she had a great day.

He ended up describing Mantwa Matlala as a good mother to his children, adding he loves her too much.

South Africans were chuffed by his birthday message and they thronged the comments, effusive in their verdict of how wonderful a husband Julius Malema was to Mantwa Matlala. 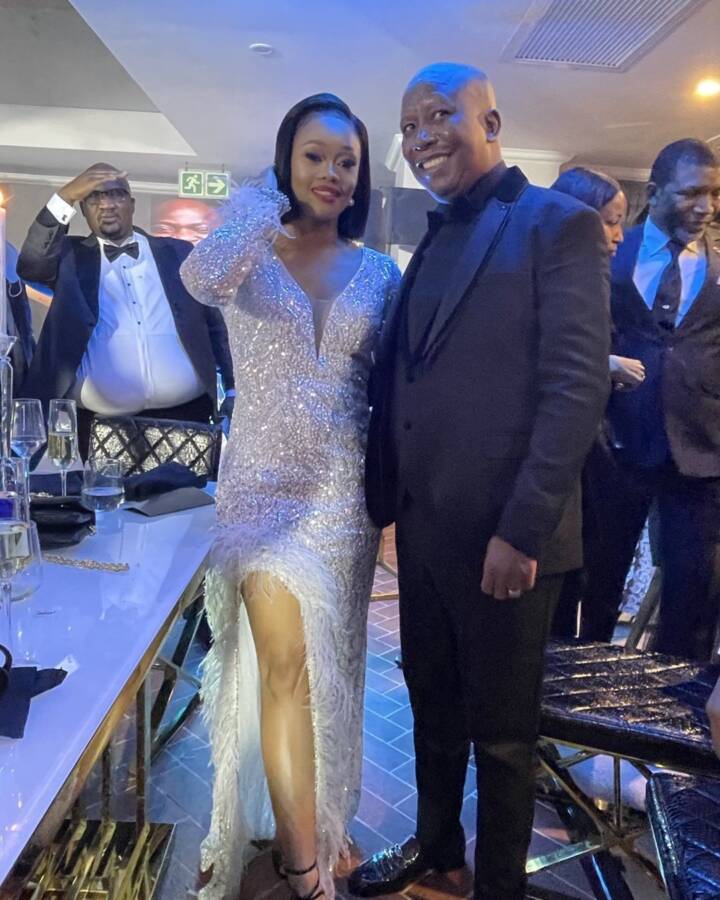 Some ended up stating that would love to be blessed with a similar relationship where love reigns.

This isn’t the first time the EFF leader had shown his sweet side to Mantwa Matlala, though. Previously, when they celebrated their 7th  anniversary together, he’d penned her an equally sweet message.

Well, as some fans are saying, many the sweetness not run out in this union. Some solidarity. Julius Malema has been so consumed with politics that peeps appear to have forgotten he’s got another side to his person.

Tags
Julius Malema Mantwa Matlala
John Israel A Send an email 31 January 2022
Back to top button
Close
We use cookies on our website to give you the most relevant experience by remembering your preferences and repeat visits. By clicking “Accept All”, you consent to the use of ALL the cookies. However, you may visit "Cookie Settings" to provide a controlled consent.
Cookie SettingsAccept All
Manage Privacy