Controversy is currently brewing in the YouTube community over what some media users consider unfair treatment by YouTube of a channel on the platform and the person behind it: The Act Man.

Allegedly, another YouTube channel, Quantum TV, has been spewing hateful content about the LGBT and the community behind it. The Act Man had reportedly called out Quantum TV, which had, in turn, reported The Act Man and ultimately got the channel demonetised.

The attack on The Act Man provoked outrage across sections of social media, leading to a hashtag campaign (#JusticeForActMan) to seek redress. Some social media users are accusing YouTube of supporting homophobia and for not sticking to its terms of service.

In an update on Twitter, he noted that other YouTube channels are being attacked by the streaming platform, and he doesn’t care if his channel is banned anymore. 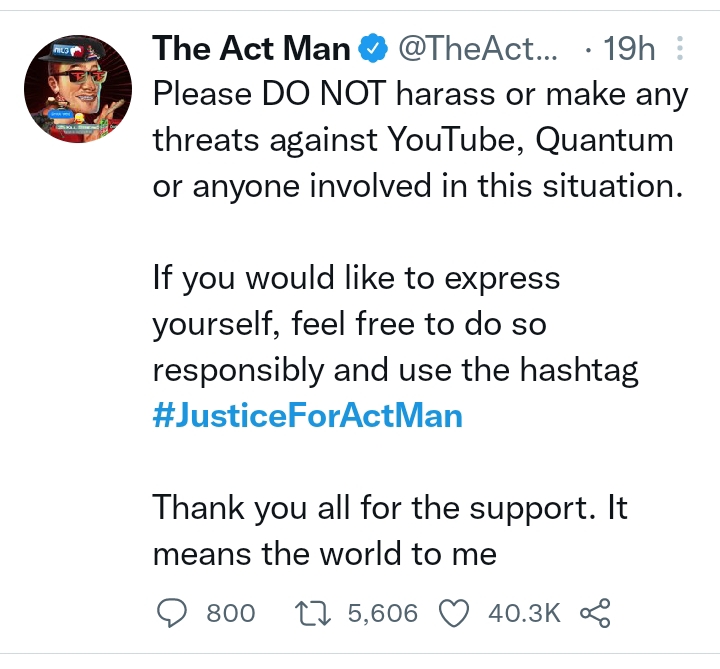 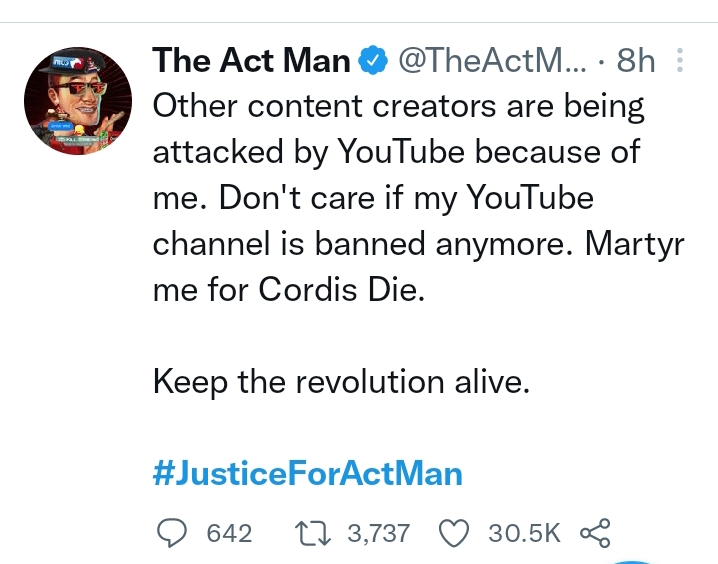 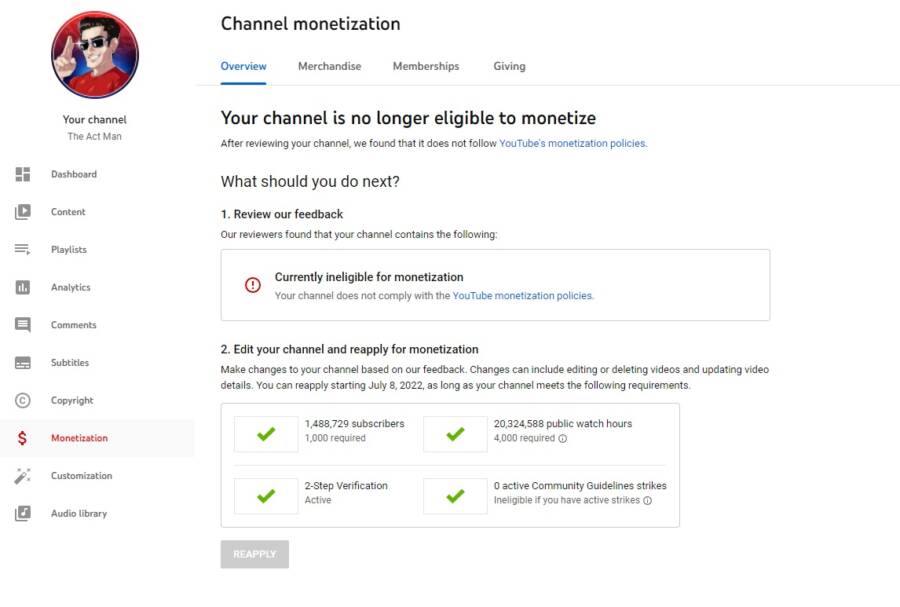 Amid the controversy, Act Man had asked his supporters not to harass YouTube, Quantum TV or anyone else involved in the whole controversy. He said the support of his fans means everything to him.

With the ongoing advocacy to ensure that Act Man gets Justice, it would be interesting to see if YouTube will rescind its decision and get the YouTuber back in its fold.

Tags
Quantum TV The Act Man
John Israel A Send an email 9 June 2022
Back to top button
Close
We use cookies on our website to give you the most relevant experience by remembering your preferences and repeat visits. By clicking “Accept All”, you consent to the use of ALL the cookies. However, you may visit "Cookie Settings" to provide a controlled consent.
Cookie SettingsAccept All
Manage Privacy