Mzansi rapper, K.O has confirmed the release date for his forthcoming album.

All we want is information on things. Keep fans in the know, and they would love the heck outta you. Lol. K.O seems to know this because he’s been dropping lots of info on his plans for the new year. Now, we have something solid regarding his new album.

In a recently shared tweet, he revealed that whether the pandemic is still on or not, his new album will drop in the second half of the year. Cool right? Fans went nuts for the news, and celebrated in the comments section.

The “Run Jozi” star has been up to so much since last year. He has been building up his protégé, Loki, and customizing merchandise for Skhanda World. His efforts have been paying off because he’s been well recognized and appreciated for them. Now, we can’t wait for that album. 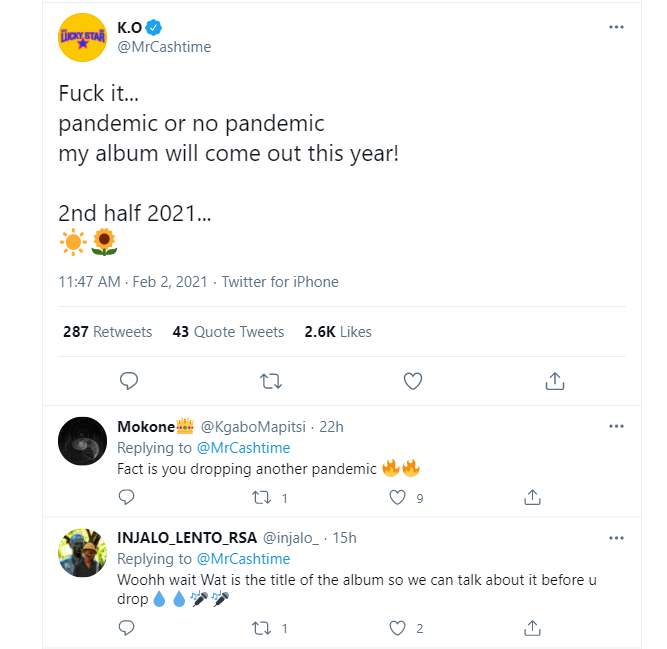