K.O rejoices over “Rainbow” topping all Radio Charts in SA.

Remember the time trolls dragged K.O for losing touch and not having hits? If only they could see him now. The Mzansi rapper has so much to celebrate for because it isn’t an easily fit to have the number one song on the radio in all of Mzansi.

The SA Hip-hop star took to his Twitter account to announce that his song “Rainbow” had hit number one on the Radio charts this week. Huge right? This is certainly a big moment for the popular hit maker who has been trolled on social media by tweeps who think he hasn’t been dishing out hits. 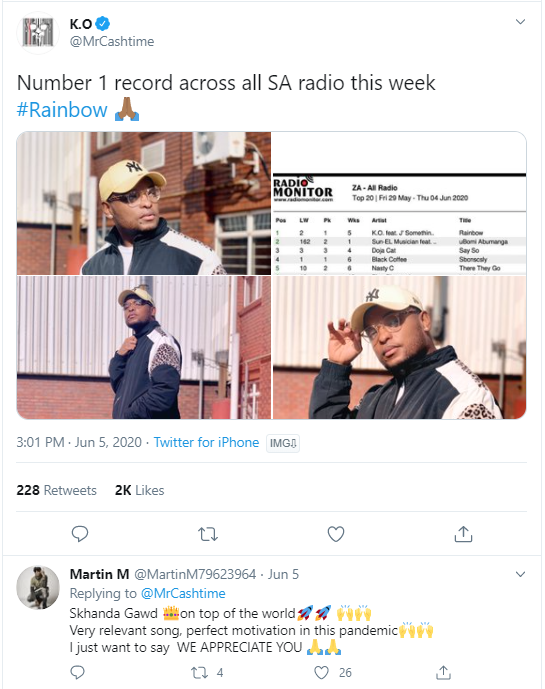 “Rainbow” was released back in April this year. It features various notable names including J’Something of Mi Casa, Msaki, and Afrotainment’s Q-Twins. K.O has also featured on various songs this year including Ma-E’s navigator. We can’t wait to see all he’s got planned for the year. 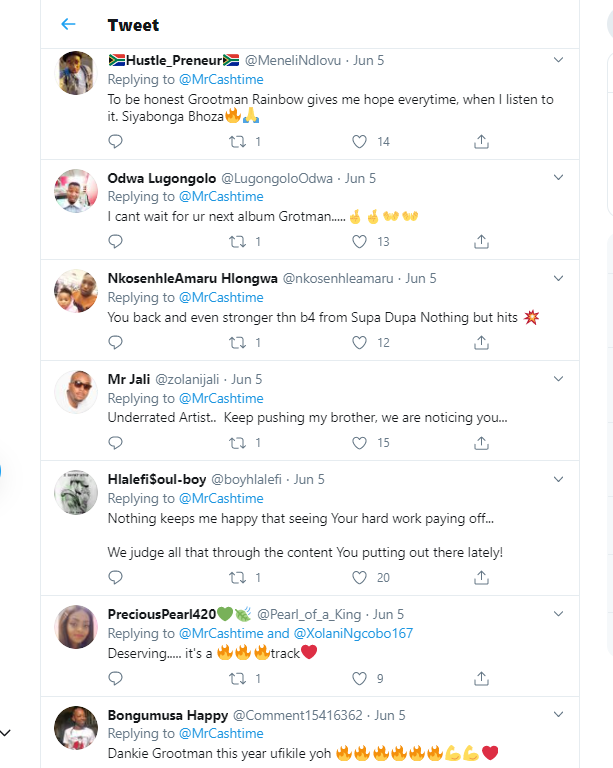