K.O says he will continue with Skhanda Republic album series.

Yay!!! Miracles surely do happen. We love it everytime artists listen to and grant the requests of their fans even when they dont feel like it. For a while now, fans have longed for another Skhando Republic album from K.O but the talented rapper hasn’t shown any interest in creating one.

He’s always waved off the idea, but it seems they’ve finally gotten through to him. The Mzansi rapper recently revealed that he isnt entirely closed off to the idea anymore and that he might make it happen someday.

Replying a fan who asked him to make another one, calling it his signature, he revealed he isn’t throwing it in the bin. In his opinion, it isn’t a favourable time to create another one but said he’ll be ready to when the time is right. We might as well hope that happens soon. 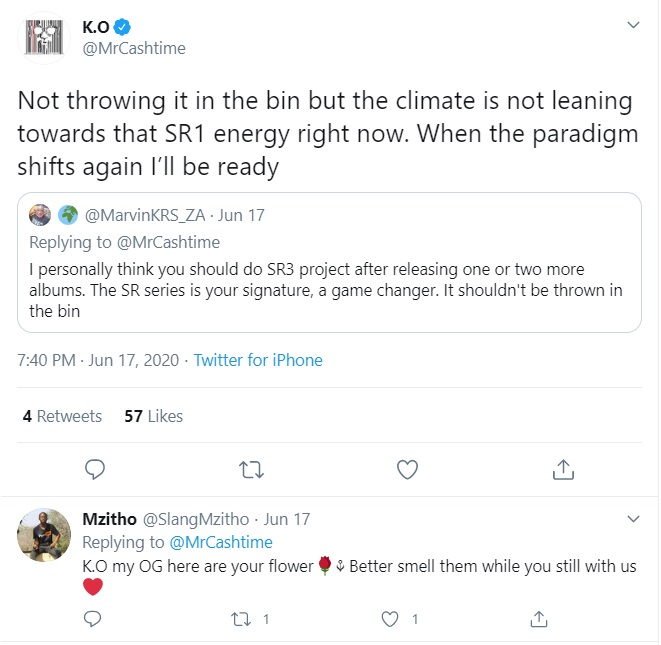