South African disc jockey and producer Kabza De Small launched his album “I Am The King Of Amapiano” on 26 June 2020. The response to the 27-track compilation was pretty good and the songster himself is impressed, thankful.

Taking to Twitter the same day he launched the album, he described the support he has received as incredible. Perhaps the support should surprise no one, given that the album was massively hyped prior to release. In fact, at some point, it was the most anticipated album in South Africa, the talk of the country’s music universe. 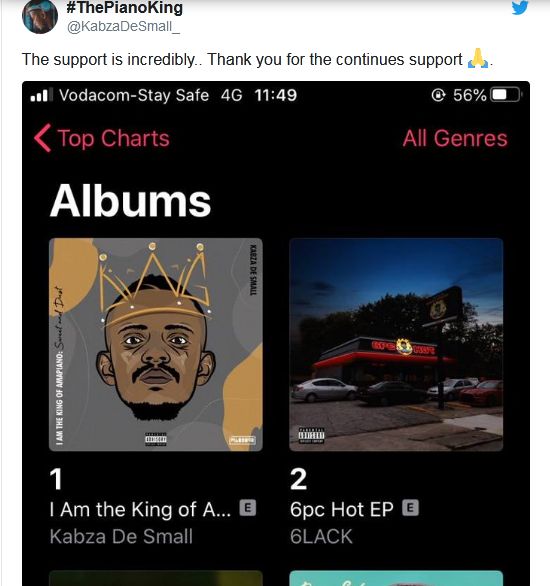 By the way, the adoption of the title “I Am The King Of Ampiano” riled De Mthuda, another amapiano DJ and producer, who scoffed and announced the imminence of a body of work titled “There Is No King,” meaning that the amapiano crown is on no one’s head yet. The release date for the body of work has not been announced.

Amapiano is the in-thing in South African music right now, and there’s no denying the sinews of Kabza De Small, whose birth name is Kabelo Motha, in the field.

Well, what do you think? We invite you to drop your thoughts in the comment section below.