He made this known in a recent tweet, which provoked great excitement among Kabza’s fans, who have held for a long time that the diminutive DJ and producer is king and will remain so until he leaves this material plane. 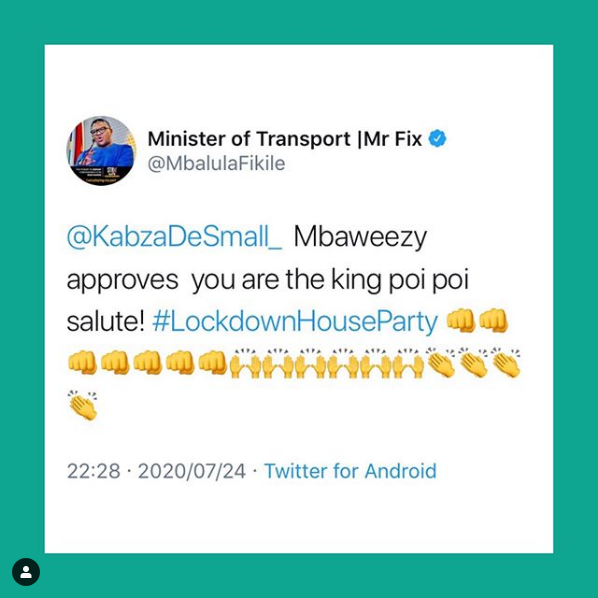 Kabza De Small has never doubted his kingship, though. From the outset, he had given himself the amapiano crown and was supremely confident wearing. In fact, he recently accentuated his kingship with a 27-track body of work titled “I Am The king of Amapiano.”

Any doubt people had about Kabza De Small’s kingship was shattered when 26 of the 27 tracks made it to the iTunes chart in South Africa on release. The album itself snapped the number spot on the album’s chart, followed by Bucy Radebe’s and Mampintsha’s albums

Well, what do you think of transport minister Fikile Mbalula’ verdict? In your opinion, is Kabza de Small the king of amapiano music in South Africa. You can join the debate right here by dropping your thoughts in the comment section.

Tags
Kabza de Small Minister Fikile Mbalula
John Israel A Send an email 25 July 2020
Back to top button
Close
We use cookies on our website to give you the most relevant experience by remembering your preferences and repeat visits. By clicking “Accept All”, you consent to the use of ALL the cookies. However, you may visit "Cookie Settings" to provide a controlled consent.
Cookie SettingsAccept All
Manage Privacy