Who is after Kabelo Motha alias Kabza De Small’s social media health? The amapiano king’s Instagram account has been hacked again, making him one of the most targeted music celebs in South Africa.

This is reportedly the second time the songster’s account has been hacked. The “Condom” singer had to abandon his first Instagram account when a hacker gained access to it and would not let it go. At the time, artistes like DJ Maphorisa had to inform fans of the hacking incident and direct them to the muso’s new Instagram account.

That new account is what has just been hacked. Like in the previous case of hacking, DJ Maphorisa, Kabza De Small’s partner on the amapiano circuit, announced the hacking while imploring fans not to interact with the account. 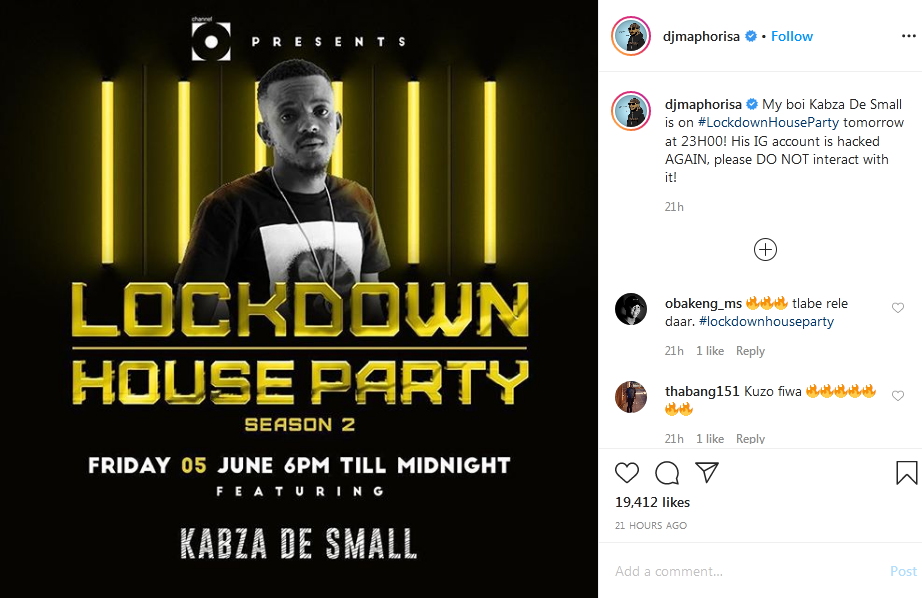 Also, he informed fans that Kabza De Small, who is working on a solo album, will be a part of the Lockdown House Party today June 5, 2020, at 6pm.

It is unknown why the singer’s Instagram account is being targeted. It is surprising he should choose to open another account each time instead of recovering the hacked account. There are, after all, ways to recover a hacked account. One is by reporting it