Yo, guys, it’s about to get lit. You know how the Channel O Lockdown House Party has always topped itself each new week? Well, it is about to do that again.

This Friday, July 24, the party isn’t going to feature the usual lineup of DJs performing, rather, Amapiano king, Kabza De Small is going to take over all by himself. According to new info, the King of Amapiano is going to host the “I Am The King Of Amapiano” Lockdown House Party Mix (Album Launch Edition)”.

This means that he will be playing all 26 songs on the record-breaking album from the start of the show till midnight. Yes, it’s still airing on Channel O, and will kick off at 8PM. You certainly do not want to miss it. 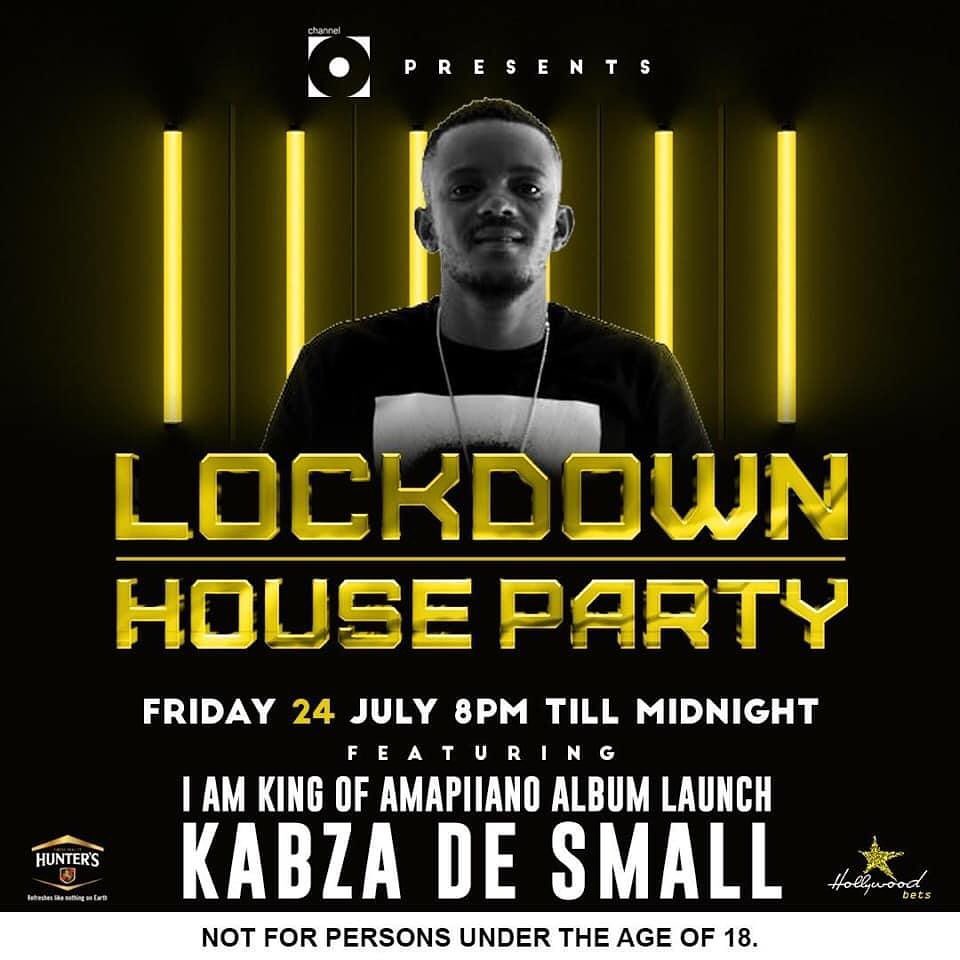