Check out Kabza De Small’s reply to a fan who claimed he isn’t multi-talented.

A lot of Mzansi DJs, producers and artists face so much trolling that they’ve become used to it. Sometimes, they simply look the other way, other times they hit back just as much as they were hit. Most times, they simply speak their mind and move on.

Our very own King of Amapiano, Kabza De Small, has had his fair share of trolling from both fans and fellow celebs. Still, he keeps his head down and focuses on making good music. While commenting on a recent video posted by Black Coffee, a troll called him out.

The troll stated that he isn’t multi-talented enough to mess with AfroTech and adviced him to stick to what he’s used to. This prompted a reply from Kabza who simply told the troll that he doesn’t know him. Well, whatever genre he delivers, we are sure we’d love it. 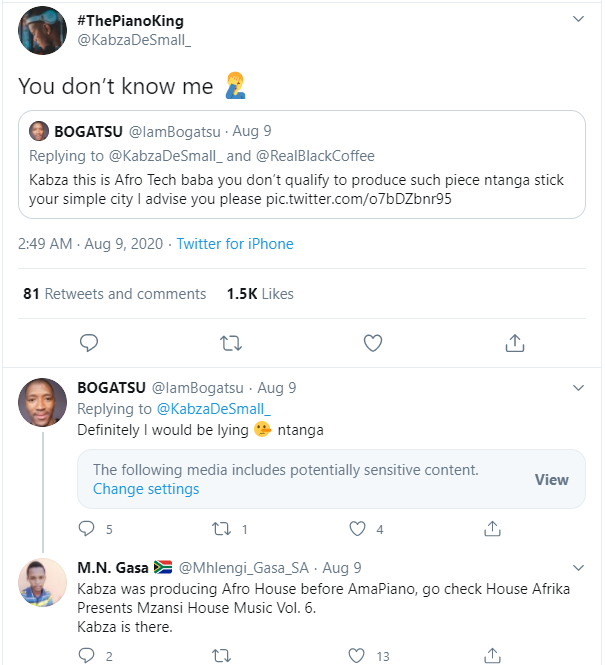