Kajol and Ajay are two of Hollywood’s favorite couples and they never cease from giving Mzansi couple goals.

Kajol was at it again. This time, though, the occasion wasn’t Ajay’s birthday – which should be two months from now – but the anniversary of their wedding. 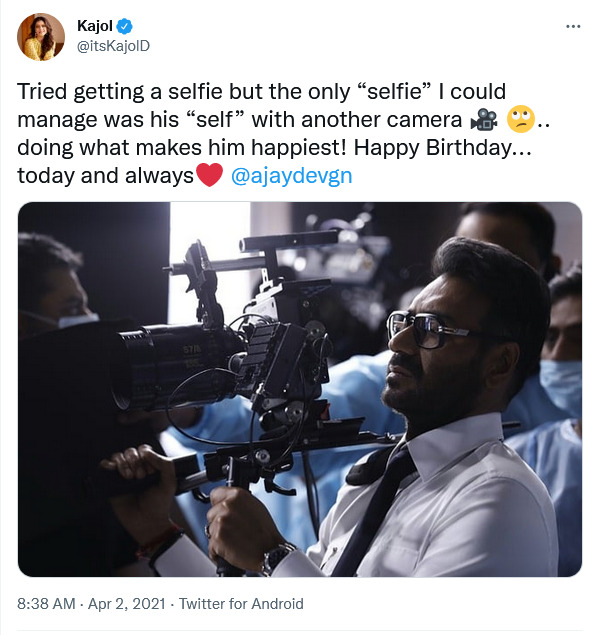 In an Instagram post, she had shared an old picture of them. In the caption, she mentioned the things they have been doing since they became a couple 23 years ago.

That’s no small achievement, right? So she asked her fans if she and her man deserve a medal or a look of awe. Either way, they both know how it feels.

Fans thought they deserve both a look of aw and a medal as well. But who’ll be bringing the medal? All the couple got in the comments was the look. Lol. 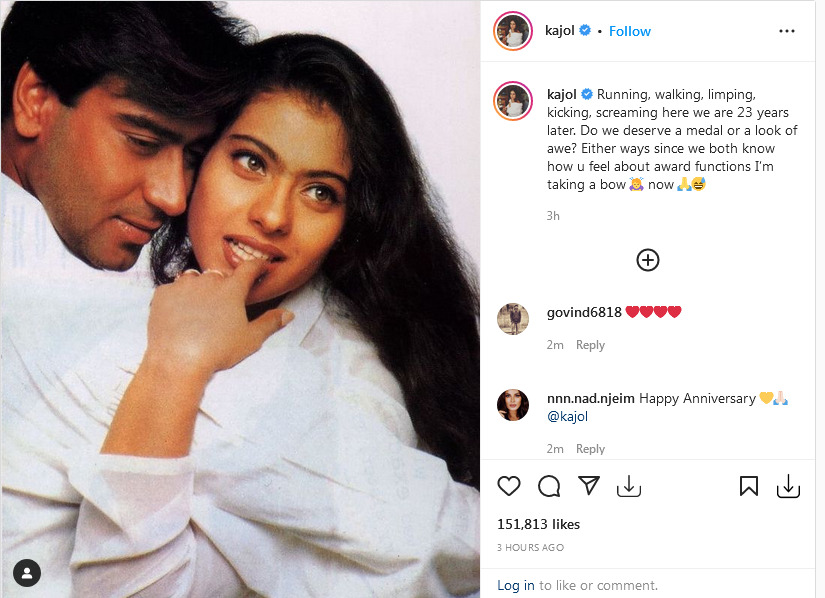 Well, Ajay wasn’t slow in celebrating the milestone with his wife either. In a tweet, the celebrated moviemaker had noted that he was surprised that his wife is still with him.

Love is a beautiful thing.

Tags
Ajay Devgn India Kajol Devgn
John Israel A Send an email 24 February 2022
Back to top button
Close
We use cookies on our website to give you the most relevant experience by remembering your preferences and repeat visits. By clicking “Accept All”, you consent to the use of ALL the cookies. However, you may visit "Cookie Settings" to provide a controlled consent.
Cookie SettingsAccept All
Manage Privacy