Anyone who knows Kanye West knows he doesn’t just say things. The minute he talks about an idea, he doesn’t hold back until he’s achieved it. Him running for president proves thus to be true.

The Hip Hop billionaire recently shared new plans to start a very different version of the TikTok app dedicated to Christians. He revealed the name to be ‘Jesus Tok”. According to him, the idea (vision) came to him while he was checking the app out with his daughter, North West.

He revealed that he was completely disturbed by a lot of the content on it but completely loved the technology. He also shared that he hopes to collaborate with TikTok to make a Christian monitored version of the app, “one that feels safe for Christians and children to use”.

The idea was loved my a lot of his followers while some criticized it saying it would be a flop. The question is, has Kanye ever done anything that flopped?

The “Wash Us In The Blood” rapper previously revealed that he is in search of a christian CFO as his net worth will be topping $5 Billion soon. 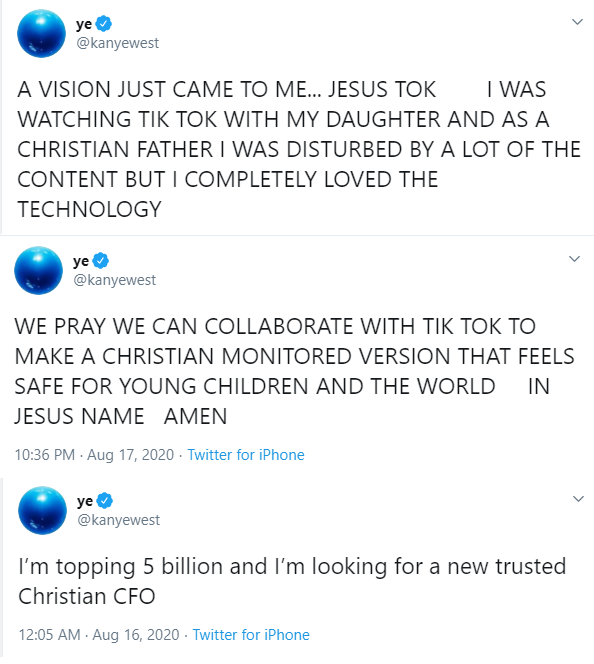