Kanye West is certainly counting blessings these days. From being named a billionaire earlier on to becoming 2020’s highest paid musician, he’s definitely got a lot to be thankful for.

On Thursday 4th June, Forbes announced its 2020 edition of the 100 Highest Paid Celebrities List, and it saw Kanye ranking above every other musician in the world.

With earning of $120 million, he came in second on the list behind sister in-law, Kylie Jenner. He ranks higher than every other musician on the list, followed by Elton John who earned $81 million (#14 on the list).

Ariana Grande comes in third with $72 million and number 17 on the overall list, followed by The Jonas Brothers at #20 with earnings of $68.5 million. Asides Kanye who made the bulk of his earnings from his contract with Adidas for his Yeezy brand, the other three acts made their earnings from touring. Check out the full list below. 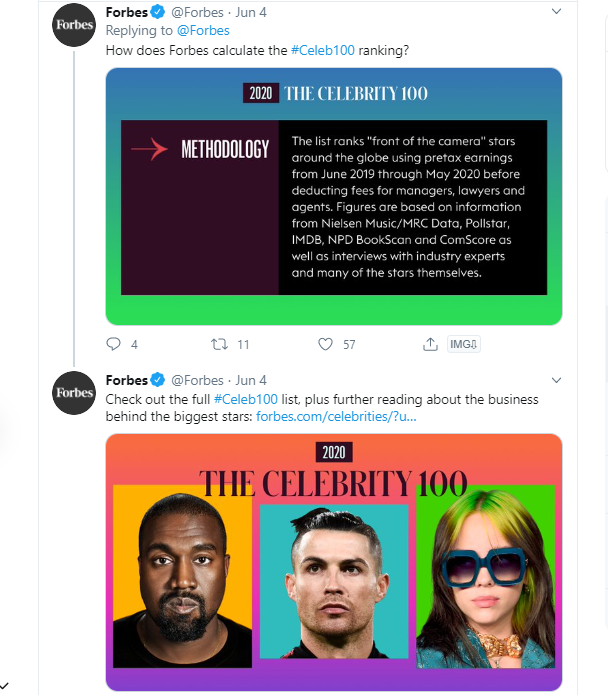 Tags
Kanye Kanye West
John Jabulani Send an email 5 June 2020
Back to top button
Close
We use cookies on our website to give you the most relevant experience by remembering your preferences and repeat visits. By clicking “Accept All”, you consent to the use of ALL the cookies. However, you may visit "Cookie Settings" to provide a controlled consent.
Cookie SettingsAccept All
Manage Privacy