“Donda” rapper Kanye west has been sighted in public for the first time since rumours of his divorce from Kim Kardashian hit the airwaves.

The songster was spotted disembarking a plane in Los Angeles. He had reportedly spent the holidays at his ranch in Wyoming, reportedly at Kim Kardashian’s urging, while they allegedly formalized their divorce.

It was the first time he had been spotted out and about in months, and fans have more questions for him regarding his current relationship with Kim Kardashian with whom he has four kids (North, Saint, Chicago, and Psalm). 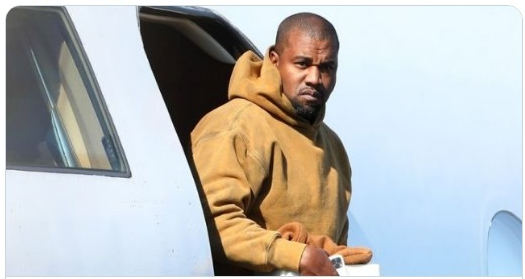 Rumours of a divorce between the celebrated rapper and his equally celebrated wife have been flying since last year when Kanye West declared his interest in the post of President of the United States, but neither Kanye West nor Kim Kardaashian and their representatives have confirmed nor denied the rumours.

With Kanye West popping in public after months away from the camera, it appears like the truth on his current relationship with the mother of his four children might emerge soon. Well, if that should happen we’ll bring you the details.

In the interim, you might want to follow our sicial media channels and stay tuned for updates.

Tags
Kanye West
John Israel A Send an email 27 January 2021
Back to top button
Close
We use cookies on our website to give you the most relevant experience by remembering your preferences and repeat visits. By clicking “Accept All”, you consent to the use of ALL the cookies. However, you may visit "Cookie Settings" to provide a controlled consent.
Cookie SettingsAccept All
Manage Privacy