Kanye West has just released the cover art of his imminent studio album, “DONDA.” The album is named for his late mother, who he honoured over a week ago with an eponymous song.

The aid song will be part of the imminent compilation.

The cover art for the “DONDA” album popped on Saturday 25 July 2020. The over art is kinda spooky, with no lettering whatsoever to tell the title of the album, the artiste behind it, or the guests in it. The cover art alone might ignite the imagination.

By the way, you might want to take the cover art as the heralding to the unveiling of the album itself. We are going to bring the album to you as soon as it drops, right here at UbeToo.

The album was to have been released 24 July, but with the “Ye” rapper making egregious political and familial slips, the delay was deferred indefinitely 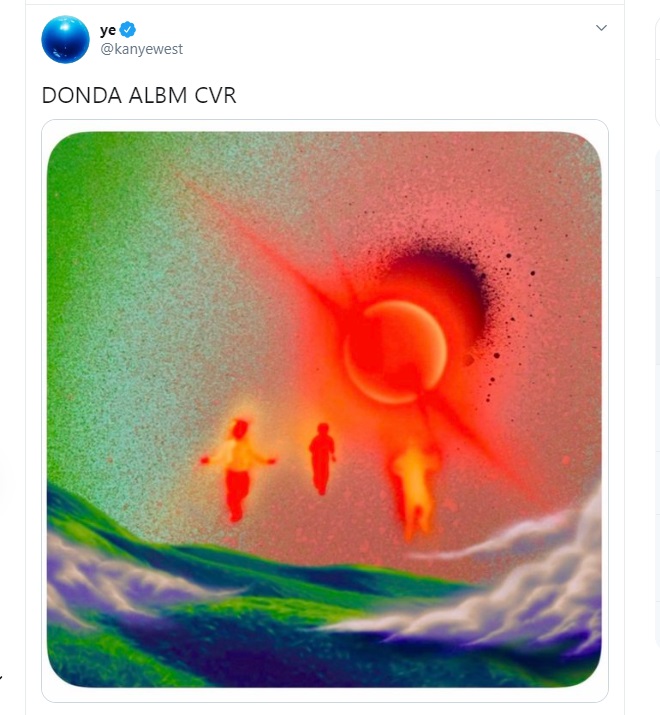 In case you missed it, Kanye West has apologized to his wife Kim Kardashian for going public with should be a private matter.

How would you rate the cover art, though? Does it in any way clue you in on what is imminent? You might wish to join the conversation by dropping your thoughts in the comment section below.

Tags
Kanye West
John Israel A Send an email 27 July 2020
Back to top button
Close
We use cookies on our website to give you the most relevant experience by remembering your preferences and repeat visits. By clicking “Accept All”, you consent to the use of ALL the cookies. However, you may visit "Cookie Settings" to provide a controlled consent.
Cookie SettingsAccept All
Manage Privacy