Kanye west isn’t just upset with the recording contracts he signed, which he has described as modern-day slavery, he has an idea how this can be better done, and have spelled it all out in a 7-point guideline

In a series of tweets yesterday 20 September 2020, the songster gave out the guidelines, which from the looks of it will favour artistes massively and not record labels.

The songster began the guidelines with a call that the artiste, not the record label, owns the copyright to his song(s), which is then leased to a record label or publisher for a limited term of 1 year. .

He describes record labels as providing a service and entitled to just 20 percent of income and for a limited term, too. The rest, 80 percent, goes to the artiste. 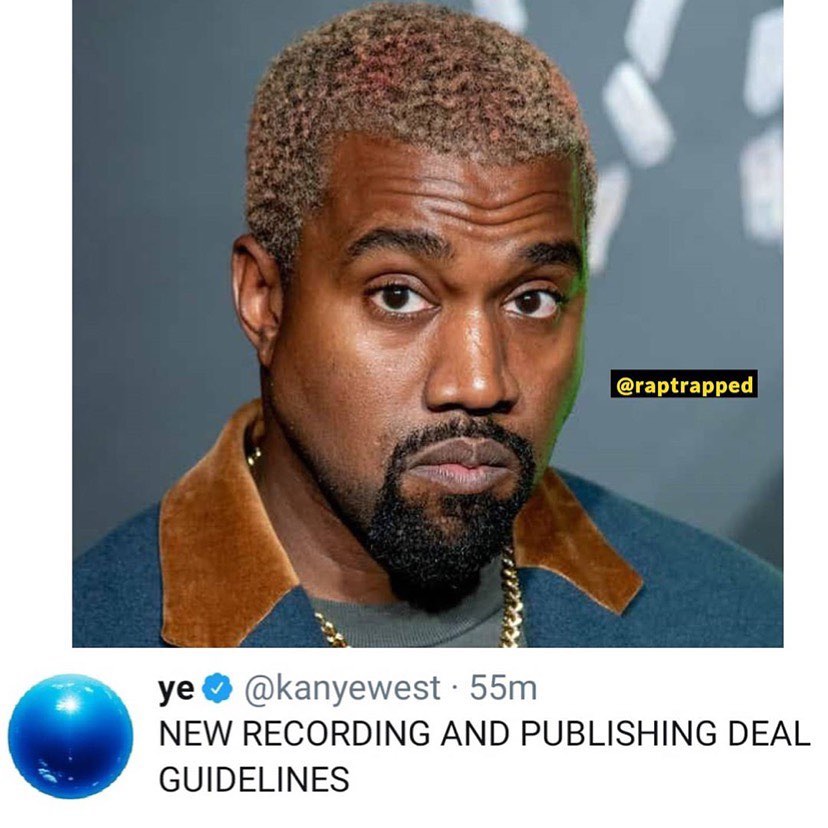 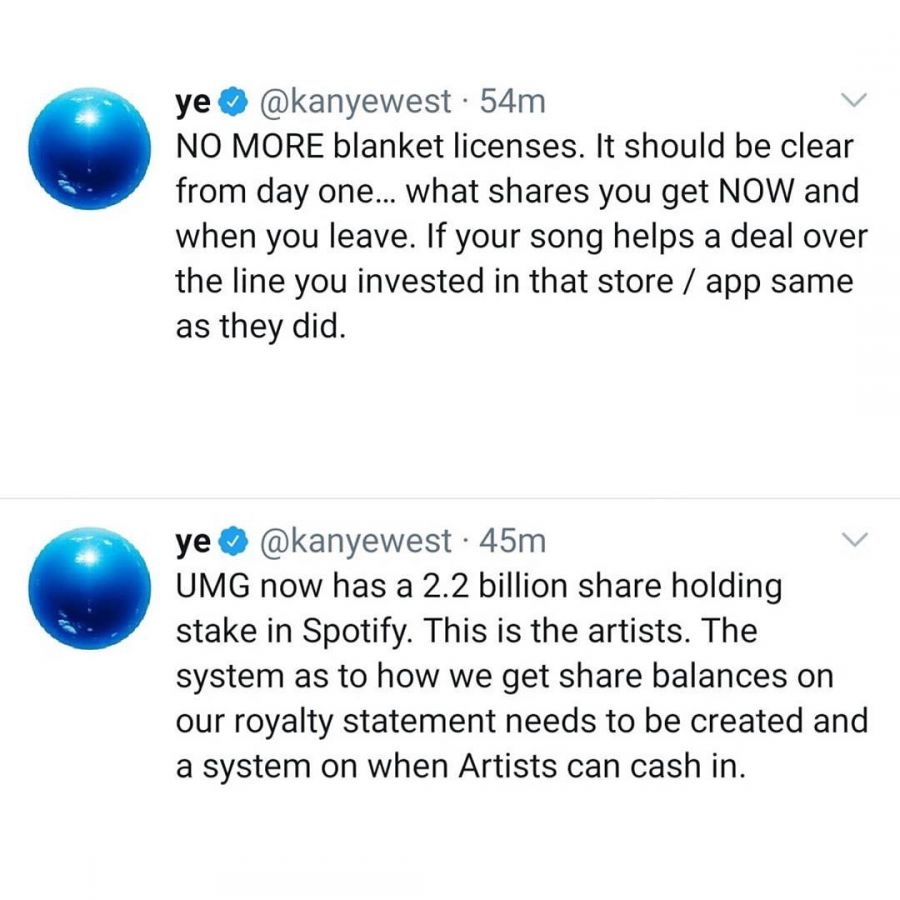 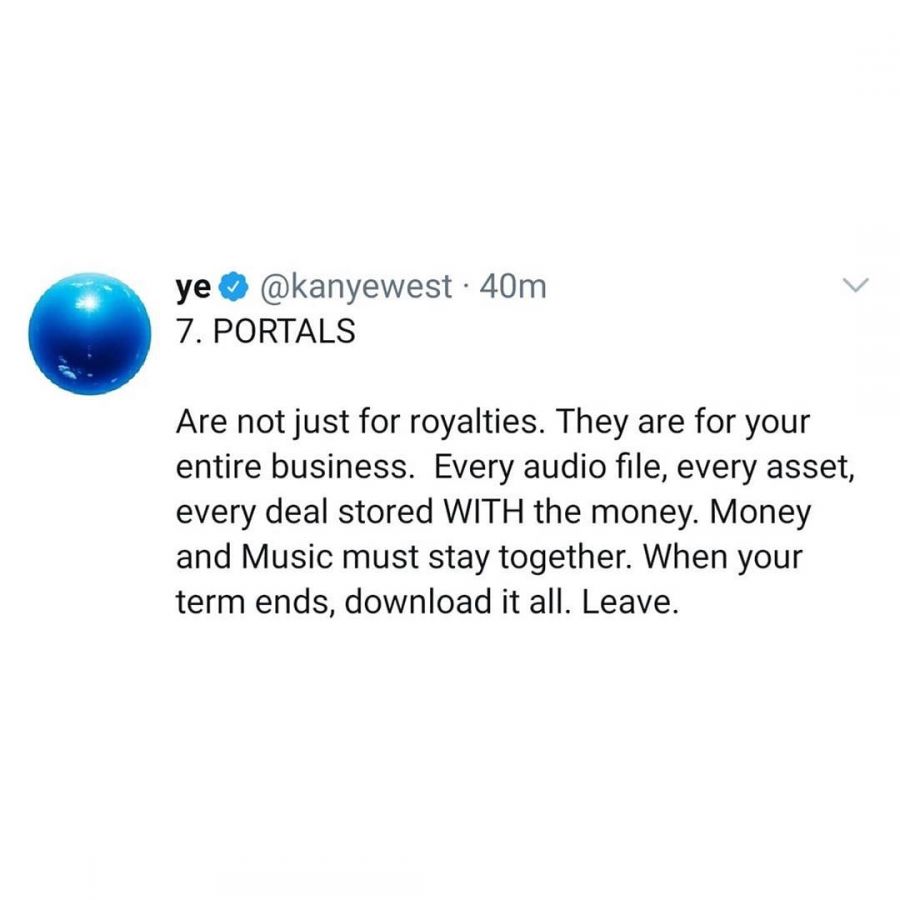 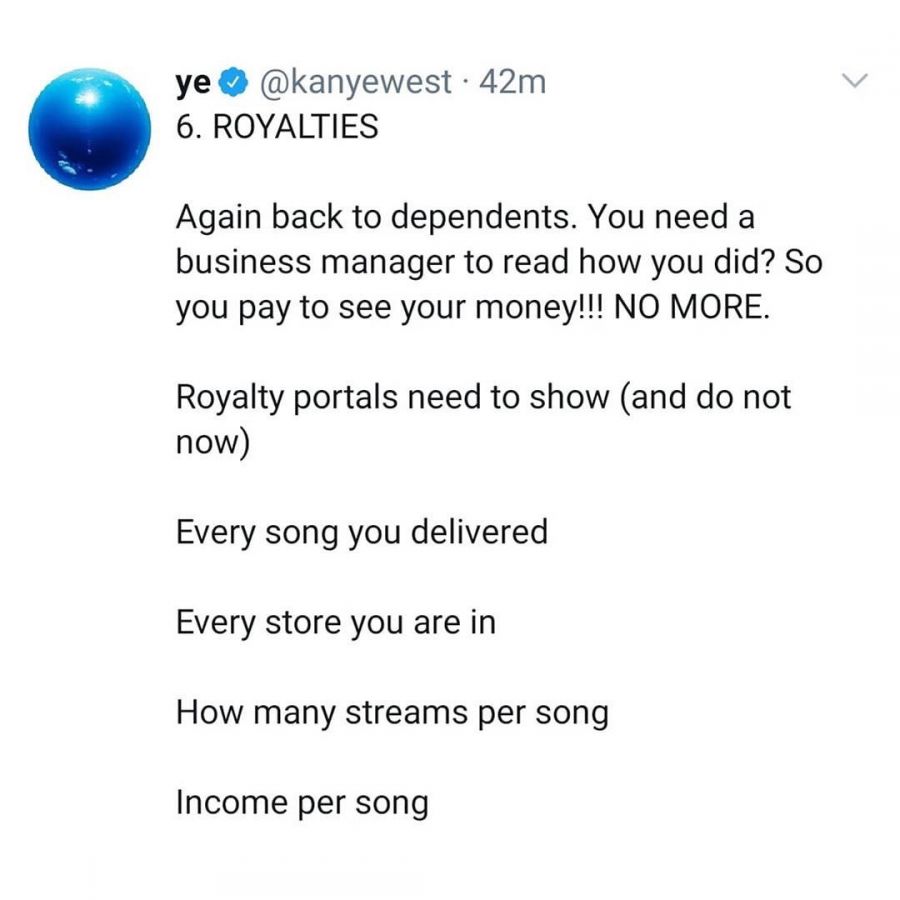 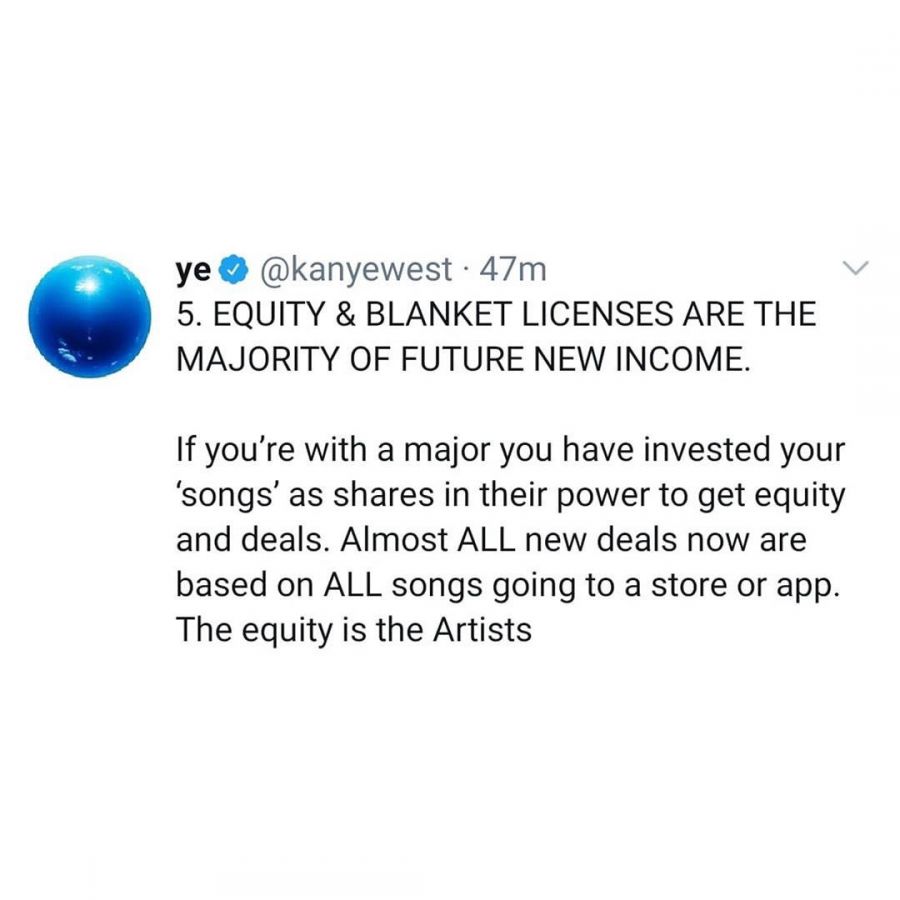 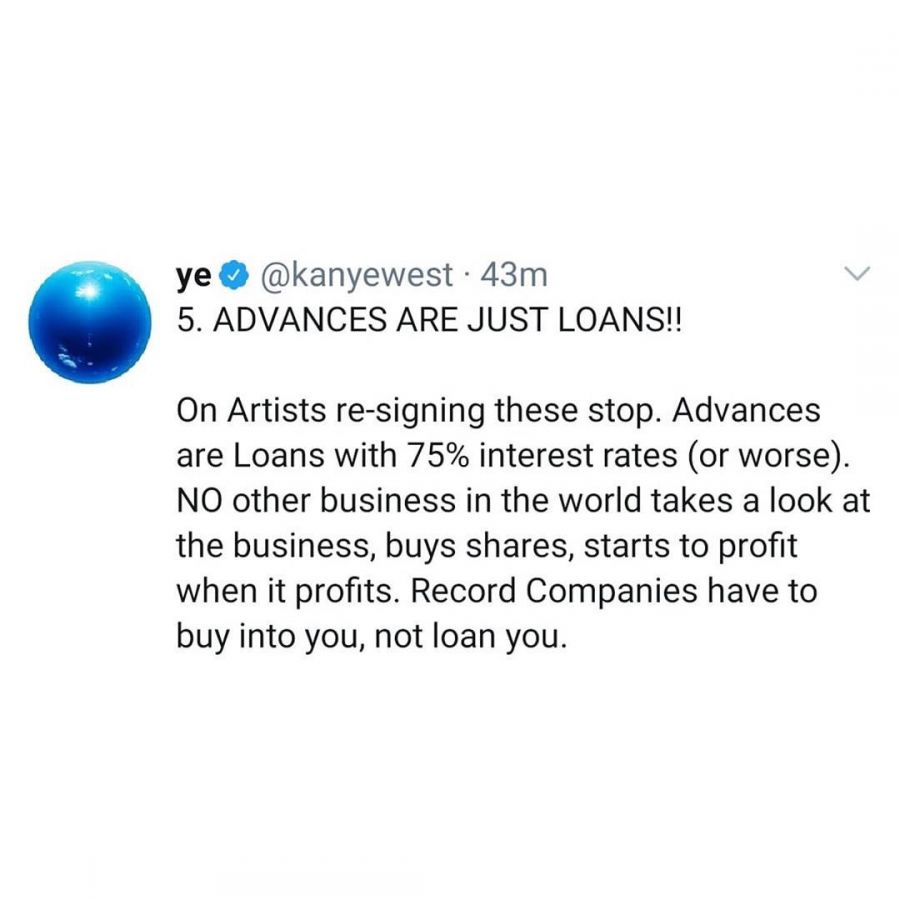 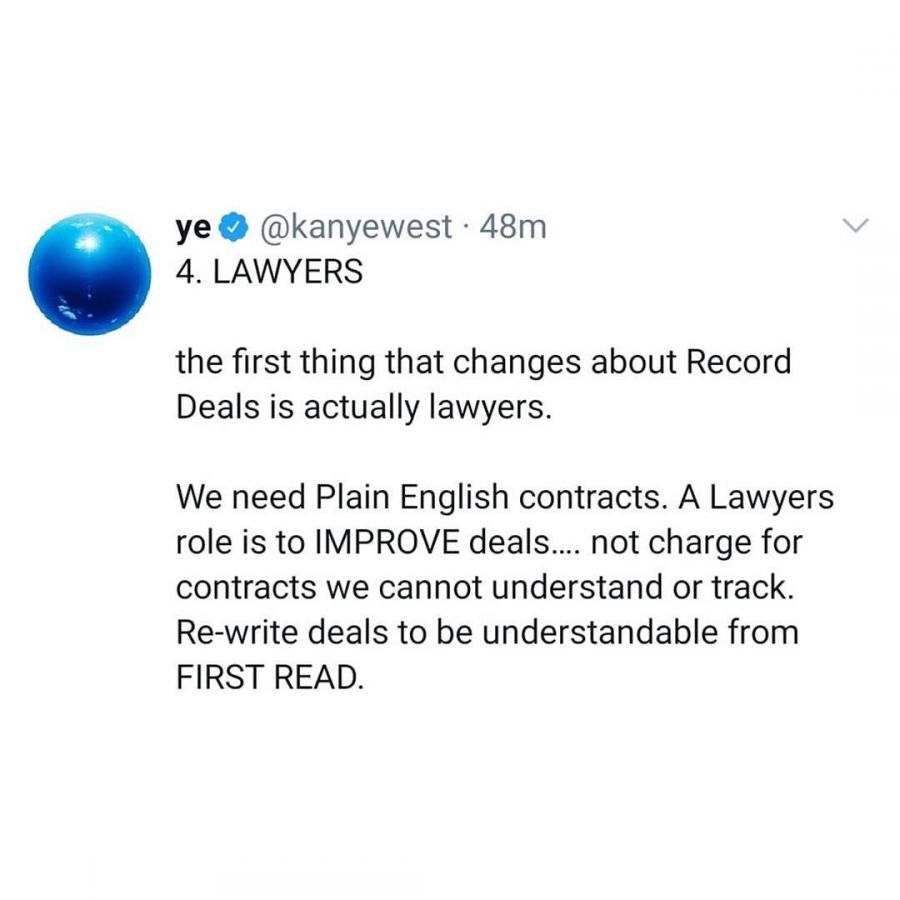 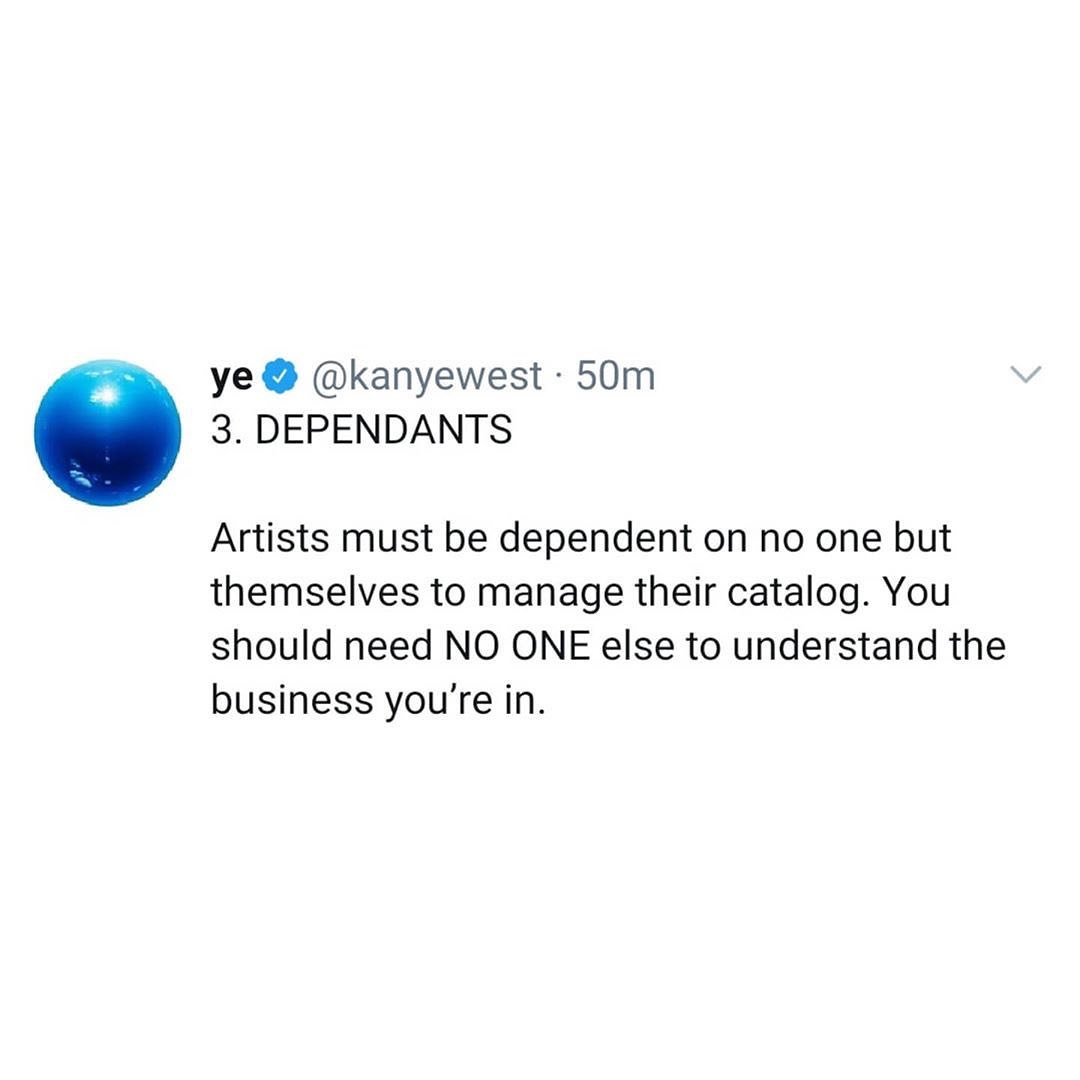 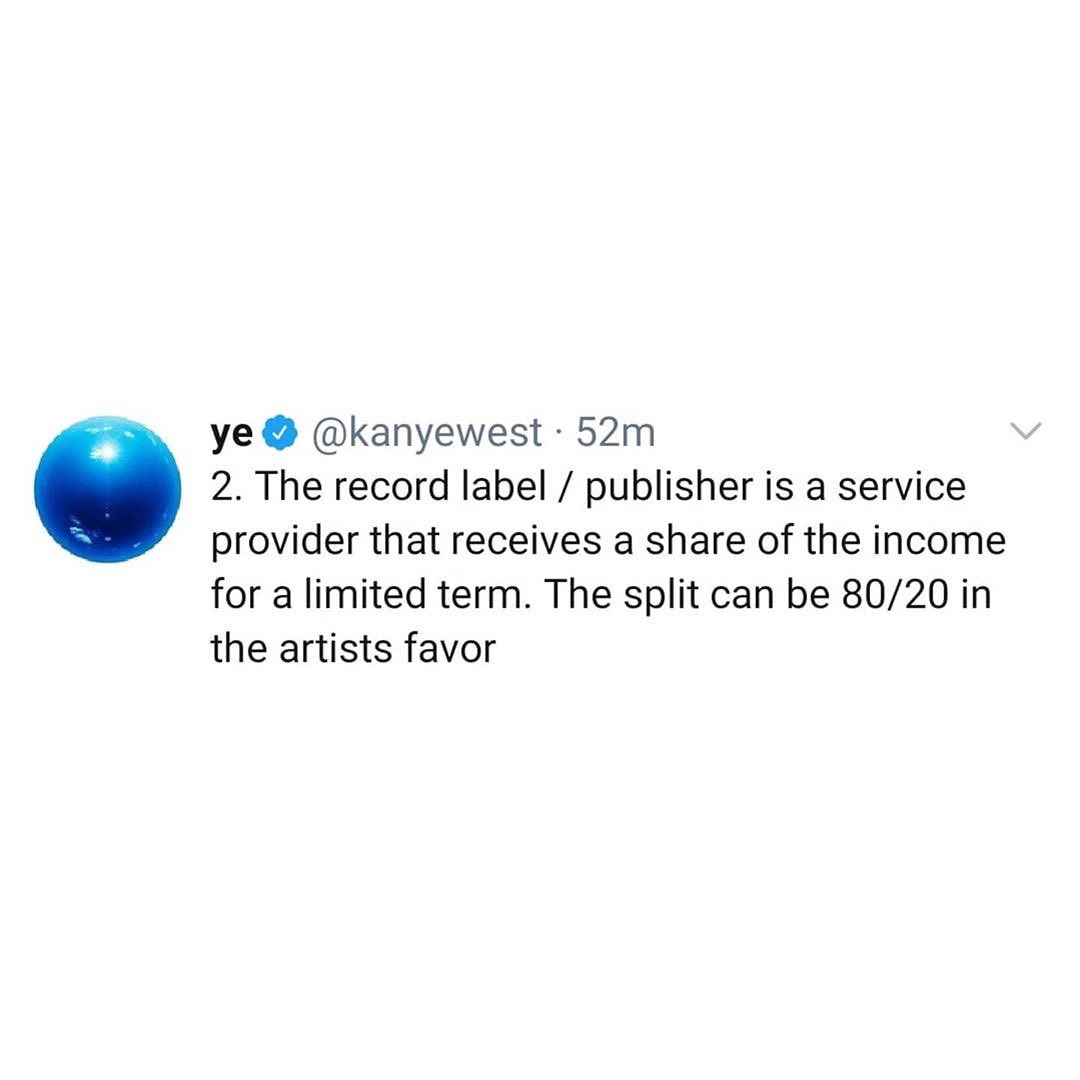 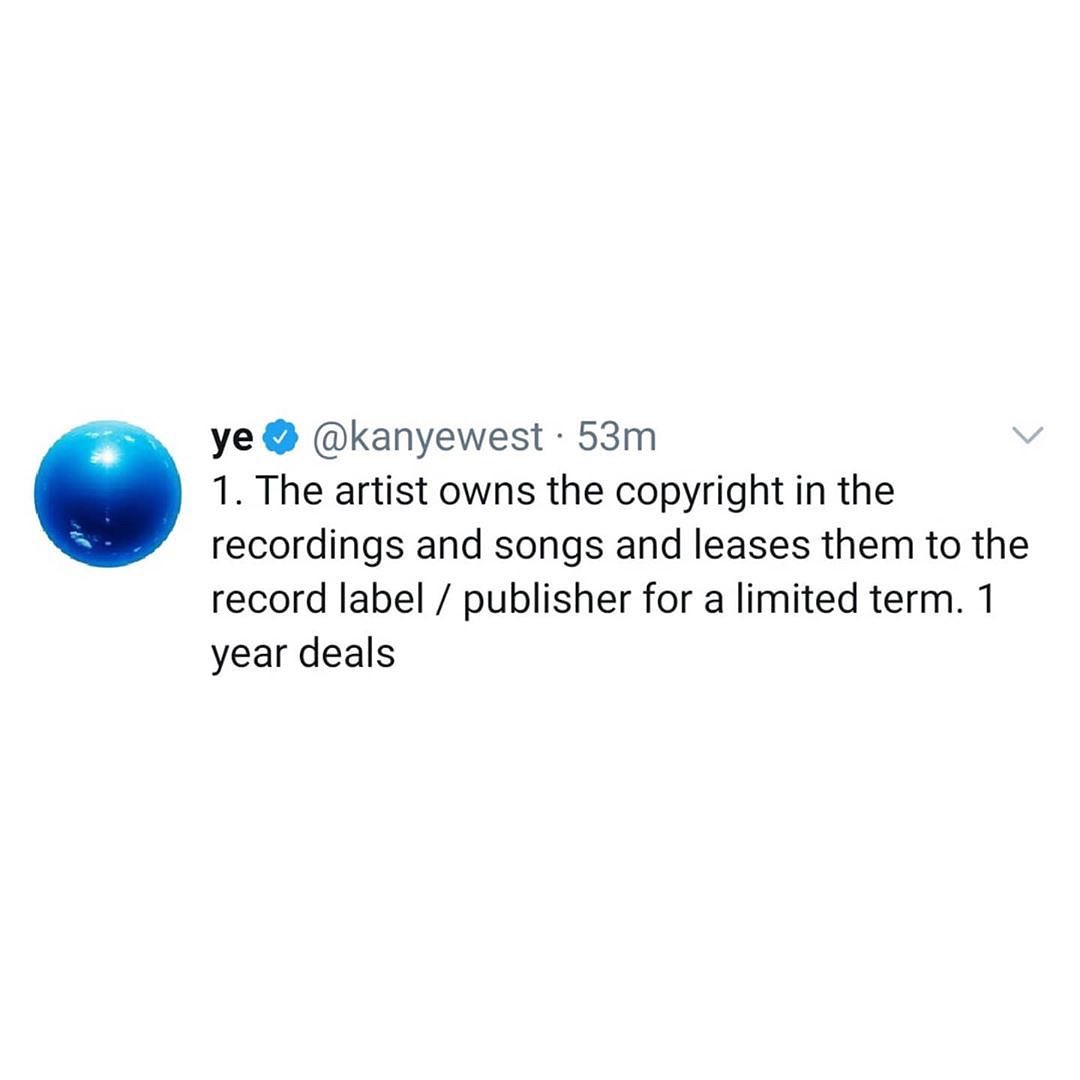 He ended up by calling on artistes to unite. He admitted having the most powerful lawyer in the music industry and can afford every other lawyer, adding his desire is to see artistes treated fairly.

What do you think of the “DONDA” rapper’s 7-point guidelines for the future of record deals? You might want to check out the guidelines below and join the conversation by dropping your thoughts in the comment section.