It has been a dramatic week for America’s presidential hopeful Kanye West following his appearance on the campaign trail in South Carolina.

The songster has made a couple of shocking – some would say unguided – statements on Twitter, provoking mordant comparisons of his Twitter IQ with those of President Donald Trump, who he supported until recently.

Kanye West’s recent Twitter behaviour has been a source of worry to many, including his wife, Kim Kardashian, who had even attempted to have him see a doctor. But the “God Is King” rapper wasn’t having it.

Instead, he took to Twitter again and called her out, stating her plans to get a doctor to him. He added that if he got locked up like Mandela (who spent decades in prison), his fans and everyone else should know why: Kim Kardashian called a doctor. 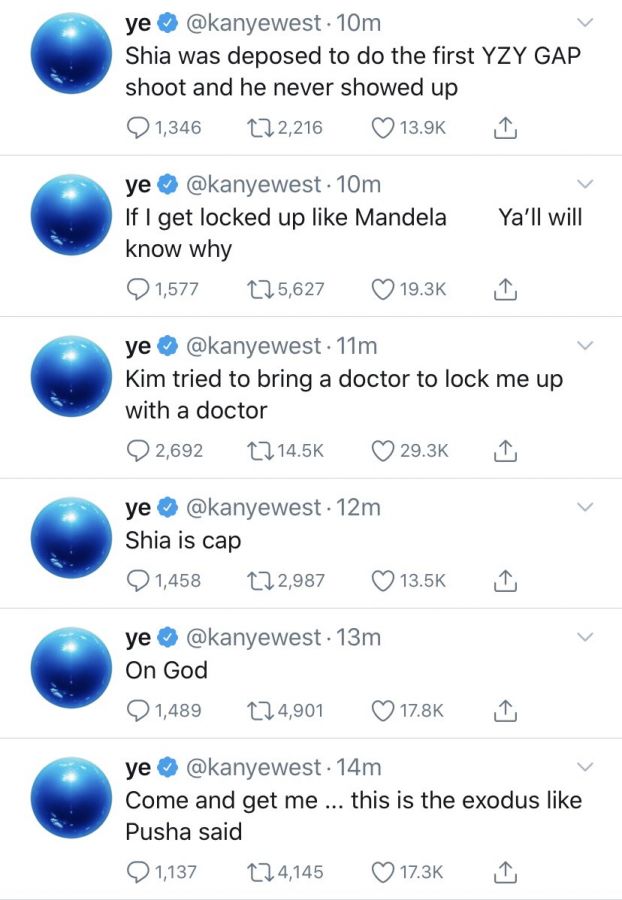 What, exactly, is going on in Kanye west’s mind, though? Is he merely passing through a phase of presidential fever? Stress, perhaps? The questions arre many, and multiplying, on social media

Well, what do you think of the ongoing drama, especially Kim Kardashian’s plans to have Kanye West see a doctor? You might wish to join the conversation by dropping your thoughts in the comment section below.