His history might be dark, with stints as a robber and gangster, but Gayton McKenzie has been working assiduously to redeem himself as mayor of Karoo.

In a tweet, the mayor noted that he’s not in competition with anyone; he’s merely doing what he promised the people who took a giant leap of faith when they gave a mandate to him – a man who has once been in jail.

Last week, Gayton McKenzie had noted that a bakery would be opened in Karoo, and it would supply bread to residents without including the cost of transportation. And true to his words, a bakery was opened today, Monday, June 20.

A protective equipment factory is also being opened to provide jobs for about 100 people. But that’s not all. According to Gayton McKenzie, a hundred people will start paid training and will be trained by professionals.

The mayor’s goal is to transform the place into a mini-Dubai. It’s unclear far long it would take him to achieve that or if he would achieve it at all. But the people of Karoo are already impressed with what their mayor is doing. 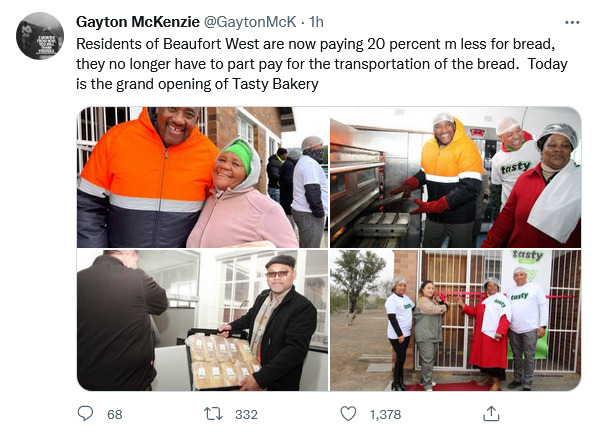 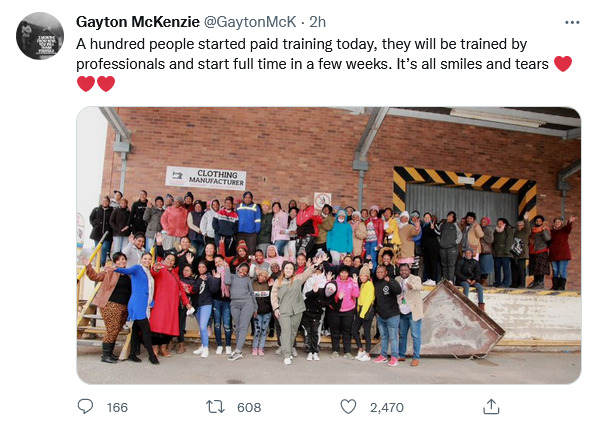 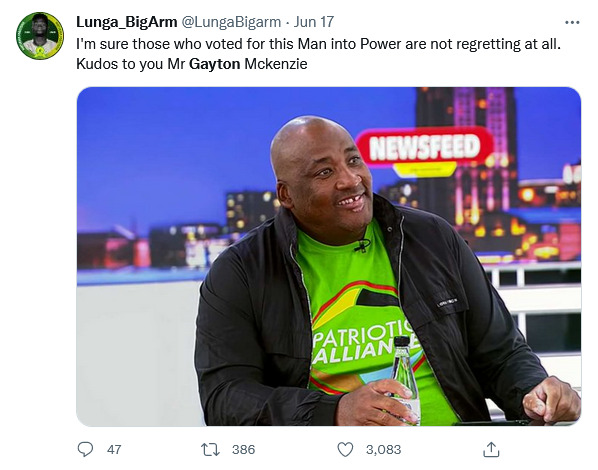 It looks like this is just the beginning for Gayton McKenzie. Stay tuned, y’all.

Tags
Gayton McKenzie
John Israel A Send an email 20 June 2022
Back to top button
Close
We use cookies on our website to give you the most relevant experience by remembering your preferences and repeat visits. By clicking “Accept All”, you consent to the use of ALL the cookies. However, you may visit "Cookie Settings" to provide a controlled consent.
Cookie SettingsAccept All
Manage Privacy