While South Africans have been mourning the deaths of Mpura and Killer Kau it has emerged that the amapiano aces are not the only people who died in the accident the other day. There were other casualties, but details are about them still sketchy about them.

Thando Tot was said to have perished in the same accident. Another dead was Khanya “The Voice” Hadebe. His death has been especially hard on his girlfriend, who had apparently been in communication with him before the trip in which he lost his life. 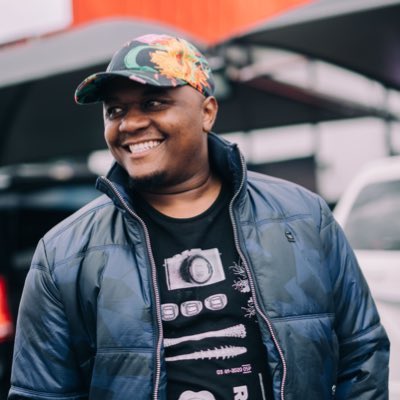 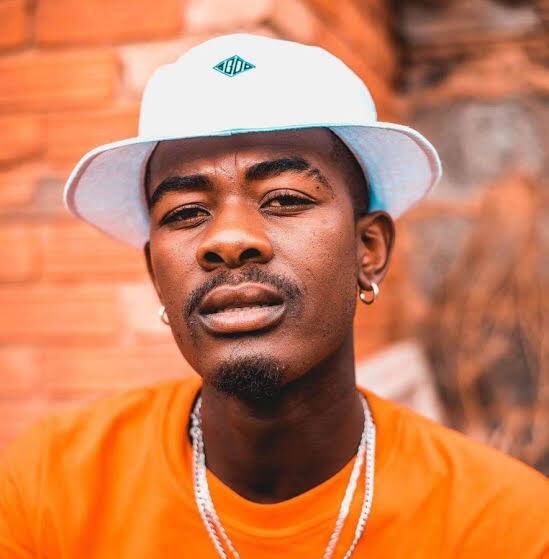 In a post to social media, she had recalled that he’s told her he’s see her later and she had agreed innocently, not knowing it was a farewell for life. She described him as having a lively personality and every moment with him as amazing. You can check out her post below.

ITS THE VOICE PLAYING… KNOW WHAT IM SAYING ❤️ ♾ pic.twitter.com/yW5xzEf3TB

By the way, Mpura and Killer Kau, whose names appeared to be ringing the most in the accident in which five perished, were not only industry friends but collaborators, too, with a couple of sterling numbers to their names.

At this Point all we can do…is get to GOD.

While the identity of the other dead has not been revealed, members of the public who knows those who were in the same vehicle with the dead are encouraged to report to the Marikana Police Station to identify the other dead. 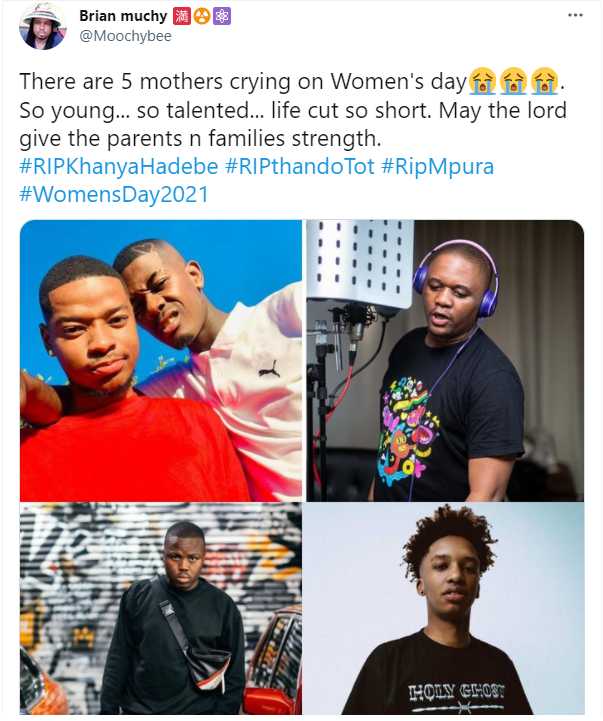 According to DBN Gogo, there were 6 people in the car when the accident occurred, 5 men and 1 lady. Only the lady survived and she is in the hospital at the moment. 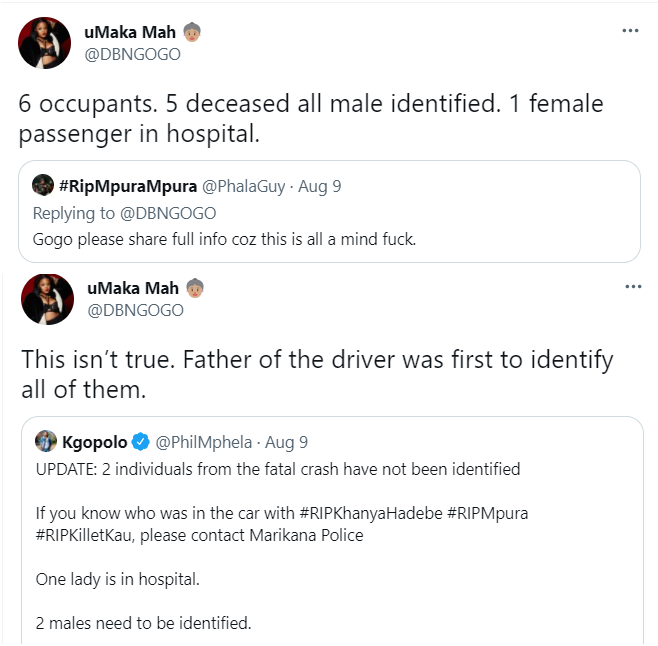 Tags
Khanya Hadebe Killer Kau Mpura Thando Tot
John Israel A Send an email 10 August 2021
Back to top button
Close
We use cookies on our website to give you the most relevant experience by remembering your preferences and repeat visits. By clicking “Accept All”, you consent to the use of ALL the cookies. However, you may visit "Cookie Settings" to provide a controlled consent.
Cookie SettingsAccept All
Manage Privacy