Follow her return to the Emirates, South African media personality and actress Khanyi Mbau joined her boyfriend Terence Mushonga for a function in Dubai. She had thereafter shared a picture of herself and her man at the event.

Terrence was formally dressed in a suit and bow tie, while Khanyi Mbau rocked a radically cut dress. The couple looked glamorous.

The picture of the couple together ignited Mzansi social media and fans who saw them thought they looked smashing together. Others were of the view they deserve each other and should just get married. 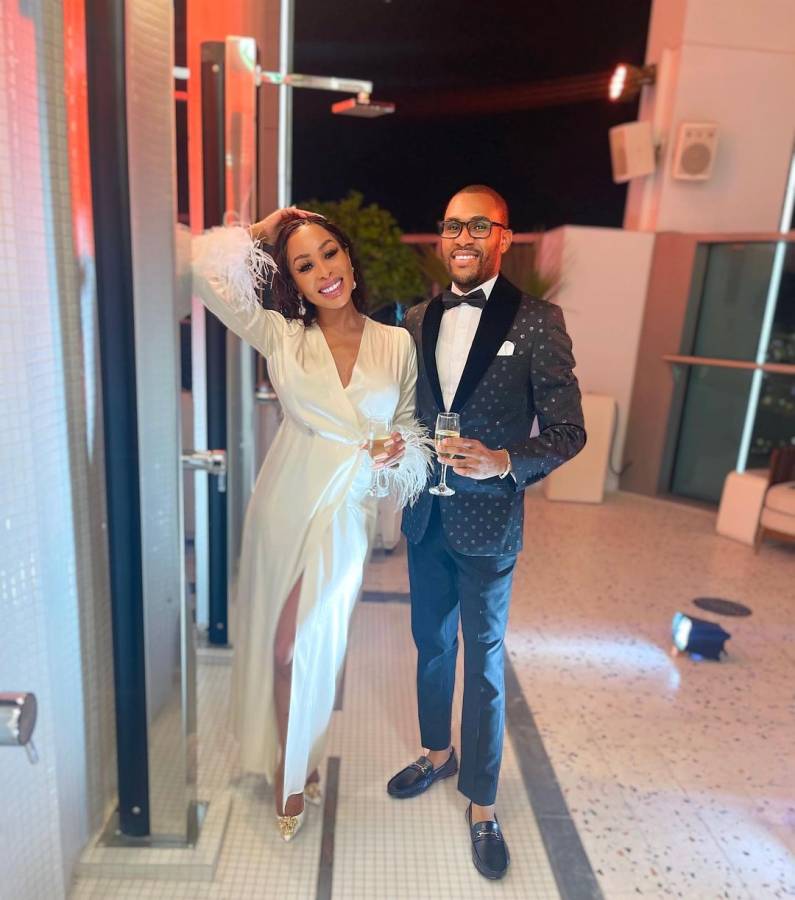 But it appears like marriage is not in the cards right now for Khanyi Mbau. She recently abandoned Terrence in Dubai and flew back to South Africa without informing him. He had to make an appeal, on social media, for her to return.

Khanyi Mbau, who had previously dated media personality Tebogo Lerole, had bought a first-class ticket back to the Emirates to reunite with Terrence, who’d welcomed her with open arms.

Back home, though, her action had earned her a nomination in some local organization as Drama Queen of the year.

Well, it remains to be seen if Terrence will eventually pop the question and what Khanyi’s reaction will be. Stay tuned.