Has Kudzai Mushonga officially taken Khanyi Mbau off the market? Well, that’s one of the questions fans are asking right now after the media personality casually showed off a new ring in a post to Instagram.

Khanyi Mbau, who’s a singer as well as an actress, snapped attention recently when she ditched her man in Dubai and caught a flight back to South Africa. A frantic Mushonga had posted on Instagram, asking her whereabouts.

Mzansi had also been worried, with many more fearing for her safety and calling on the South African government to move in and determine what had happened to her.

Well, Khanyi Mbau herself had spoken to TimesLive in the heat of national worry over her, stating she was okay and thanking those who had worried themselves sore over her and even begun search parties.

She had thereafter flown back to Dubai on a first-class ticket and hitched up with Mushonga again. Soon after, and as should be obvious from the picture below, Mbau had gotten a ring that wasn’t on her finger previously. 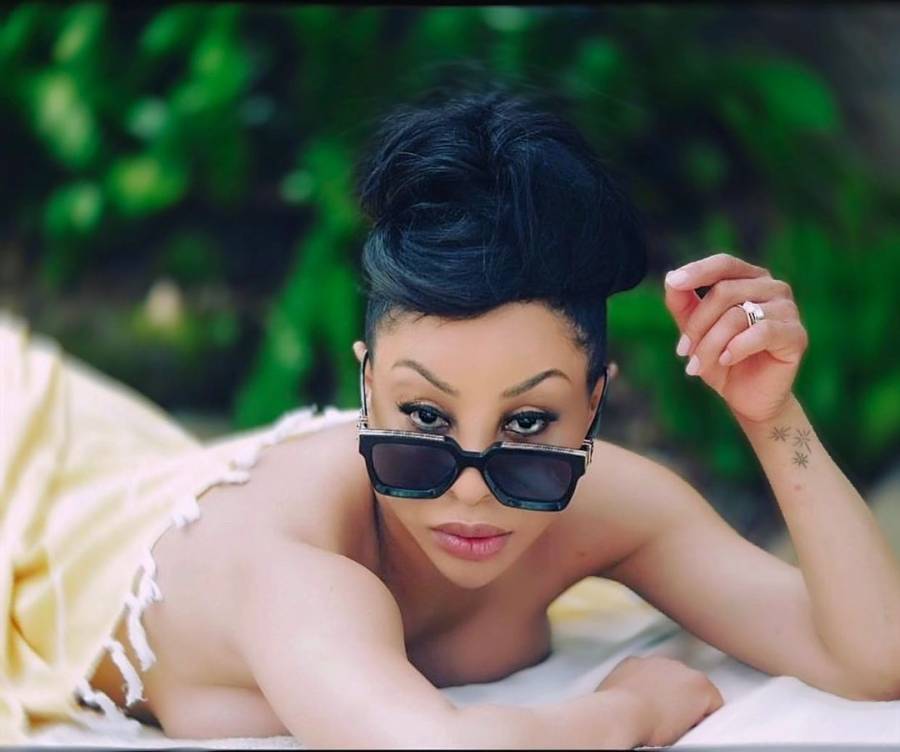 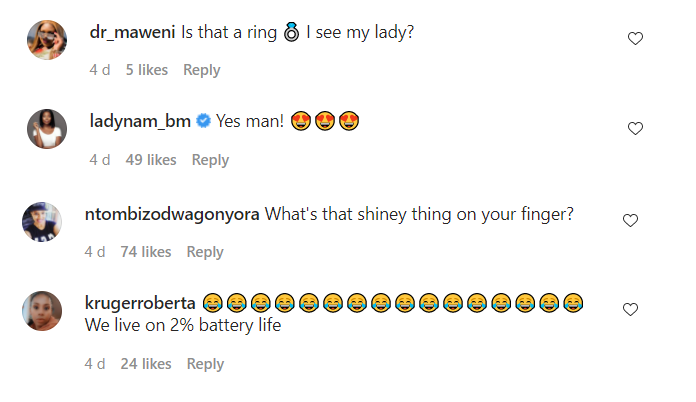 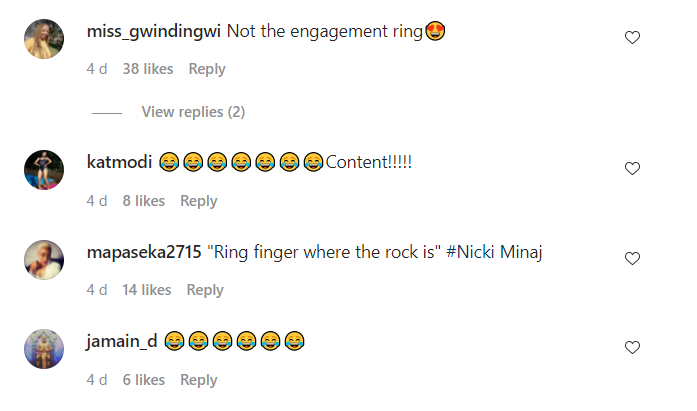 Mushonga had called Mbau his wife. Could it be that he’s taken things – or about to take things – to “permanent site” with Khanyi Mbau? The coming days should reveal a lot.

Tags
Khanyi Mbau
John Israel A Send an email 2 November 2021
Back to top button
Close
We use cookies on our website to give you the most relevant experience by remembering your preferences and repeat visits. By clicking “Accept All”, you consent to the use of ALL the cookies. However, you may visit "Cookie Settings" to provide a controlled consent.
Cookie SettingsAccept All
Manage Privacy