South African actress Khanyi Mbau is playing the role of a mother hawk over her daughter by keeping track of her social media activity.

She talks about that and more during a recent appearance on etv’s The Breakfast Show with Pabi Moloi. Khanyi Mbau noted that she monitors the pages her daughter follows, and she’s raising Khanz to be self-aware and to love herself.

Although she confessed to struggling with having a positive self-image, she’s determined her daughter should not have the same struggles.

Khanyi Mbau shares a close bond with her daughter and relishes that they they are close. So she was understandably furious last year when speculations were rife that her daughter was pregnant.

In a lengthy Instagram post, she had denounced the peddlers of the rumor, noting they are indirectly peddlers of violence against women. She ended up shutting down claims that her daughter was pregnant. 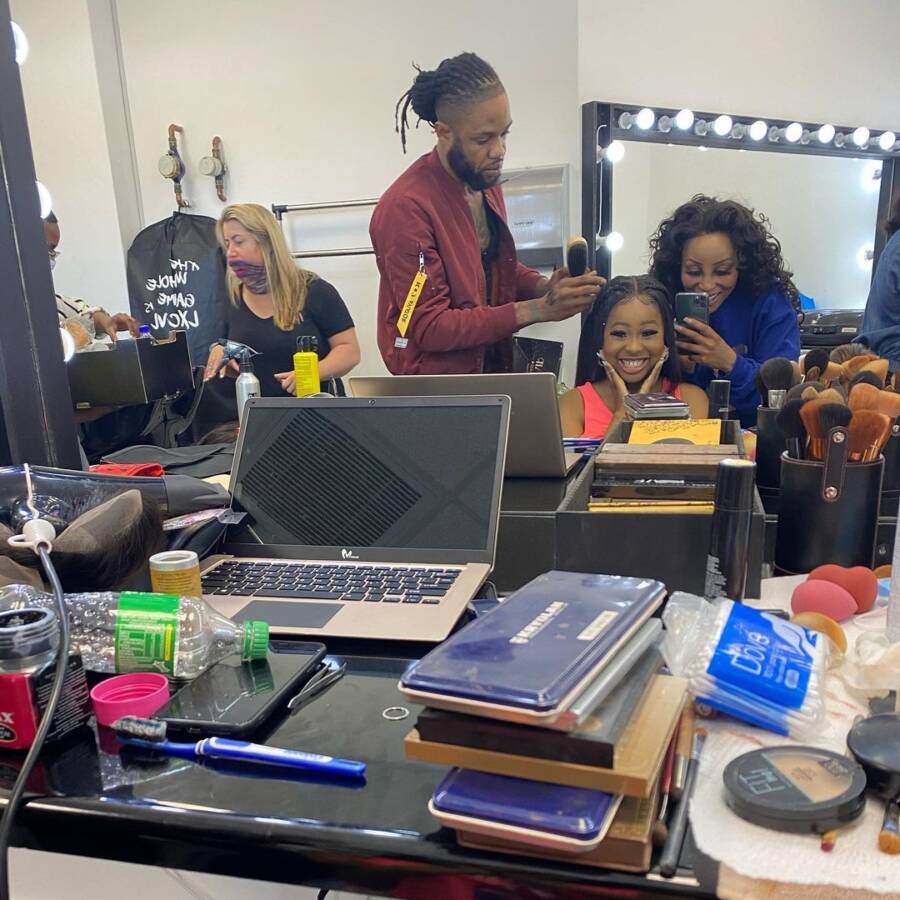 The intervening months have revealed that Khanz wasn’t pregnant after all. While Khanyi Mbau might appear fierce in matters concerning her daughter, always rising to her defense, she’s close enough to the kid to know when to enjoy a goofy moment with her.

This much was obvious in a recent vlog she shared of them together.

Tags
Khanyi Mbau Khanz
John Israel A Send an email 9 February 2022
Back to top button
Close
We use cookies on our website to give you the most relevant experience by remembering your preferences and repeat visits. By clicking “Accept All”, you consent to the use of ALL the cookies. However, you may visit "Cookie Settings" to provide a controlled consent.
Cookie SettingsAccept All
Manage Privacy