Everyone knows things are getting serious when someone tattoos their lover’s names on their thigh. Should we be saying the same for media celeb, Khanyi Mbau and her new man, Kudzai? It has been one show of affection after another since they announced their relationship to the public.

The reality star took to social media for share a sexy bikini snap of herself. It wasn’t just the photo of that caught lots of attention, it was the name tattooed to her thigh that did. It is that of her millionaire boo, Kudzai. The tattoo has everyone asking if they’ve gotten there already.

Hopefully things work out for the two who have fast become one of Mzansi’s fave couples. We still can’t get over their Valentine’s day dinner. That was so beautiful. We wonder if Kudzai also has a tattoo of Khanyi. Just saying. 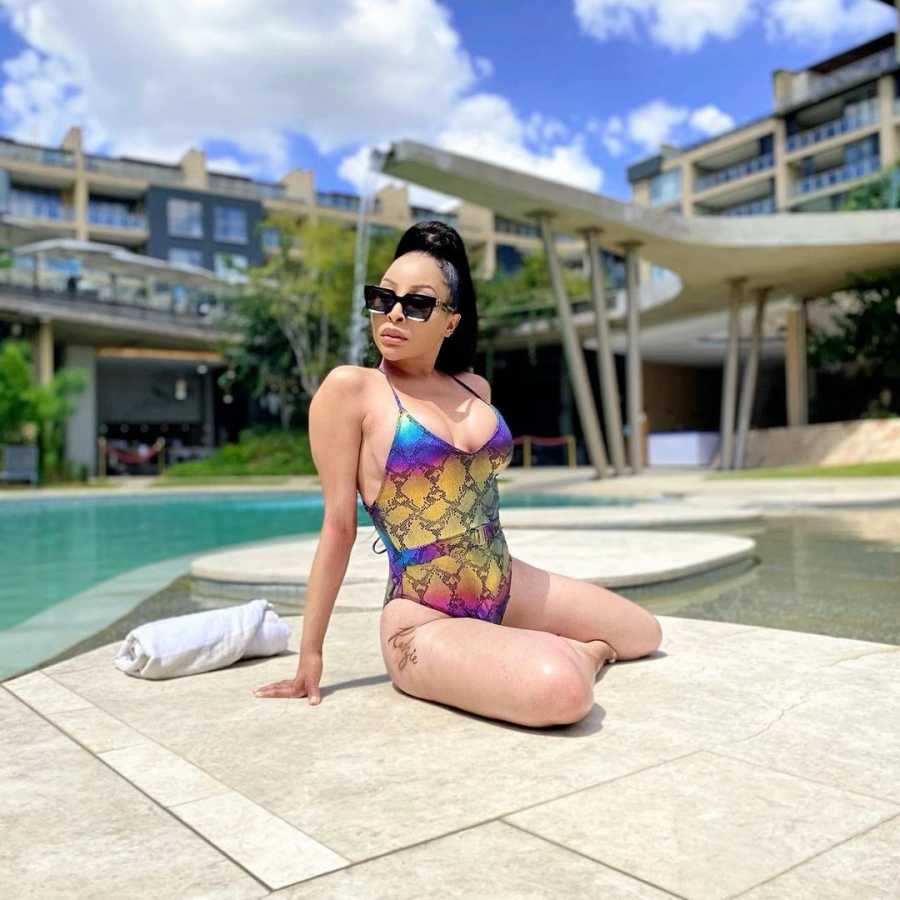 Tags
Khanyi Mbau
John Jabulani Send an email 16 March 2021
Back to top button
Close
We use cookies on our website to give you the most relevant experience by remembering your preferences and repeat visits. By clicking “Accept All”, you consent to the use of ALL the cookies. However, you may visit "Cookie Settings" to provide a controlled consent.
Cookie SettingsAccept All
Manage Privacy