After revealing that she’s snapped a role in the ShowMax flick The Wife,  Mzansi actress Khanyi Mbau has given further details on the role, describing it as her most challenging so far.

In The Wife, she played the role of Zandile, an attorney. She had to learn legal jargon, as well as go through several case studies. In the end, it was worth it. She noted that she used her mum as a case study.

Her comment section was thronged by excited fans who noted they can’t wait to see her play Zandile, a resolute character in the series. 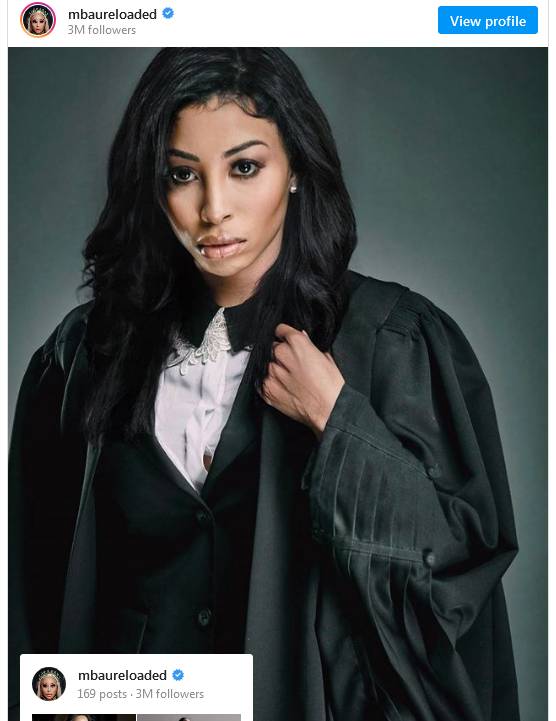 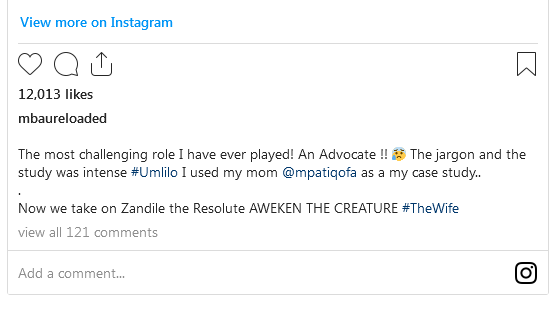 The role comes as a break from the annoyances of the past few days. Khanyi Mbau’s daughter had been rumored to be pregnant. After a brief silence on the whole controversy, she had taken to Instagram and lashed out at those claiming he daughter was pregnant.

She’d described her daughter as only a child, noting that for people to think the “child” was pregnant shows just how deeply eroded their thought processes were, noting that’s the reason rape and gender-based violence were prevalent in South Africa.

Anyway, Zandile is set to thrill the Rainbow Nation will her most challenging acting gig. Stay tuned.

Tags
Khanyi Mbau
John Israel A Send an email 20 December 2021
Back to top button
Close
We use cookies on our website to give you the most relevant experience by remembering your preferences and repeat visits. By clicking “Accept All”, you consent to the use of ALL the cookies. However, you may visit "Cookie Settings" to provide a controlled consent.
Cookie SettingsAccept All
Manage Privacy