Controversial socialite Khanyi Mbau has taken down some images of the boyfriend (Kudzai Mushonga) she flaunted on social media after it emerged that he was a fugitive from the law in Zimbabwe,his country of provenance.

Mushonga reportedly operated a shady airline and defrauded a micro financier of the sum of  $166,00 ( about R2.4 million) five years ago. Wanted by the authorities, he is reportedly on the run.

Mushonga reportedly has two accomplices (Tatenda Mandimutsira and  Njabulo Ndebele). The troika has been declared wanted since 2016, when they alleged perpetrated the fraud: using false documents to obtain a loan.

They were about to carry out a similar heist, of a lower sum, from the same financier, who contacted the bank. The bank alerted the financier the documents were fake.

Arrested for fraud, the troika was later reportedly released on bail. They skipped town soon after.

Mushonga had surfaced in South Africa as the latest boo of Khanyi Mbau after her relationship with Tebogo Lerole collapsed. 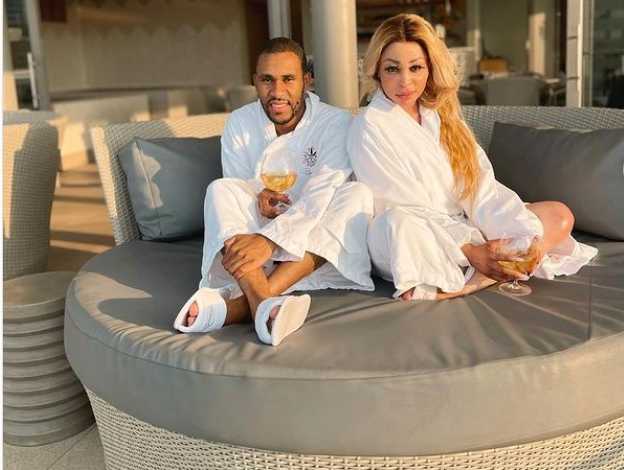 Well, what do you think of Khanyi Mbau deleting some of the pictures of her boyfriend amid fraud claims by the Zimbabwean authorities? You might want to join the conversation by dropping your thoughts in the comment section.

Tags
Khanyi Mbau Kudzai Mushonga
John Israel A Send an email 11 February 2021
Back to top button
Close
We use cookies on our website to give you the most relevant experience by remembering your preferences and repeat visits. By clicking “Accept All”, you consent to the use of ALL the cookies. However, you may visit "Cookie Settings" to provide a controlled consent.
Cookie SettingsAccept All
Manage Privacy