Khanyi Mbau’s daughter Khanz recently turned 15, and the actress went out of her way to celebrate her blood.

She’d shared a photo of the teen and written her a long note showing just what her daughter means to her. Growing up, Khanz had been taught some lessons by her family, which Khanyi Mbau hopes she would hold fast as she moves from age 15 into adulthood.

By the way, just recently, Khanyi Mbau had been miffed when word spread that her daughter might pregnant given the way she was acting during a family photoshoot.

With the pregnancy rumor finally put to rest, Khanyi Mbau continues her Mummy duties, illuminating the qualities of her girl and encouraging her in the path she should go. 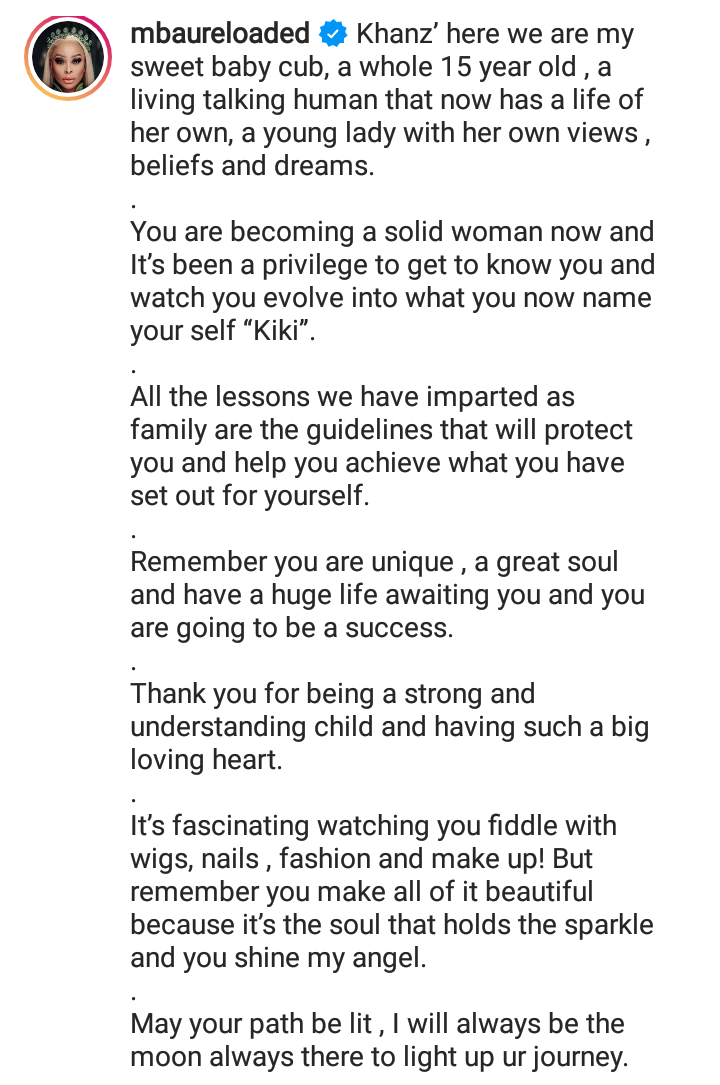 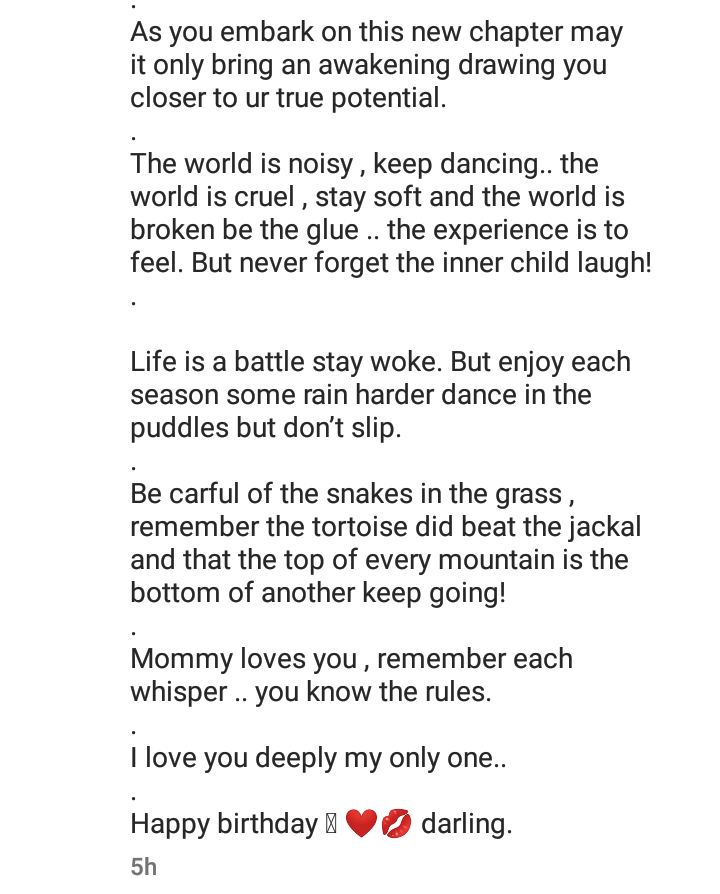 Celebs were in her comments to celebrate Khanz, from Somizi to Simz Ngema.

Tags
Khanyi Mbau
John Israel A Send an email 24 December 2021
Back to top button
Close
We use cookies on our website to give you the most relevant experience by remembering your preferences and repeat visits. By clicking “Accept All”, you consent to the use of ALL the cookies. However, you may visit "Cookie Settings" to provide a controlled consent.
Cookie SettingsAccept All
Manage Privacy