The president announced that churches would be opening at level 3 of the lockdown phase on the 1st of June 2020 and some people are of the view the decision is pretty irresponsible.

The two personalities took to Twitter after the president Cyril Ramaphosa’s speech to voice their concerns on Tuesday 26th of May 2020. Judging by what they had to say they were not really feeling the decision.

Khaya Mthethwa  reveals he loves the church but the decision by the government was really irresponsible. A fan who felt he was attacking the president tried to caution him but he replied he was not undermining the government but staying the obvious. 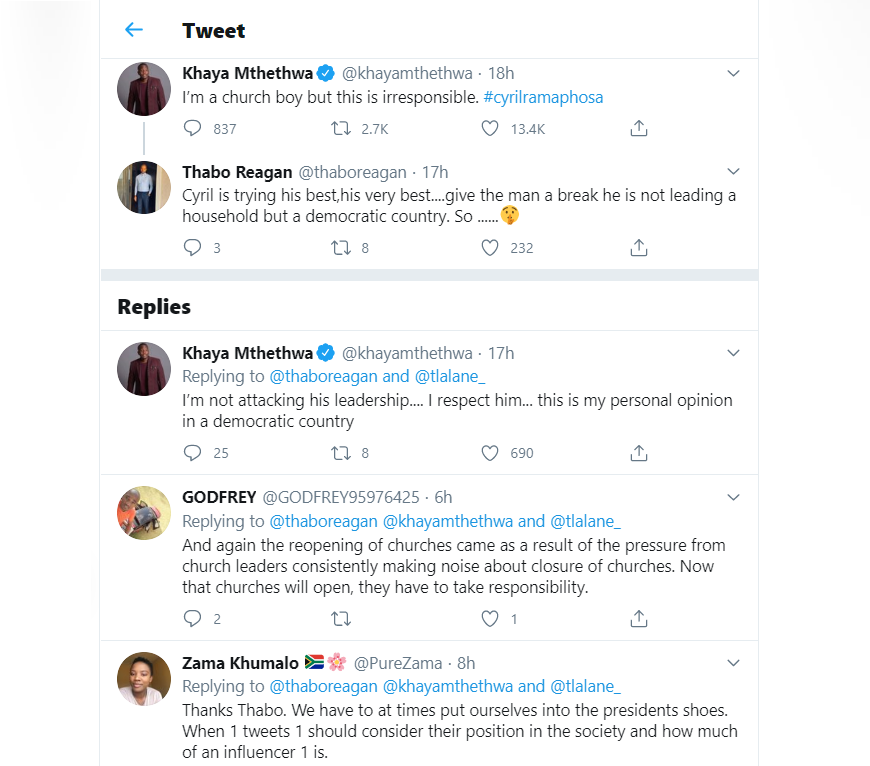 Anele Mdoda on her part didn’t mince her words when she said it made absolutely no sense. See the post below; 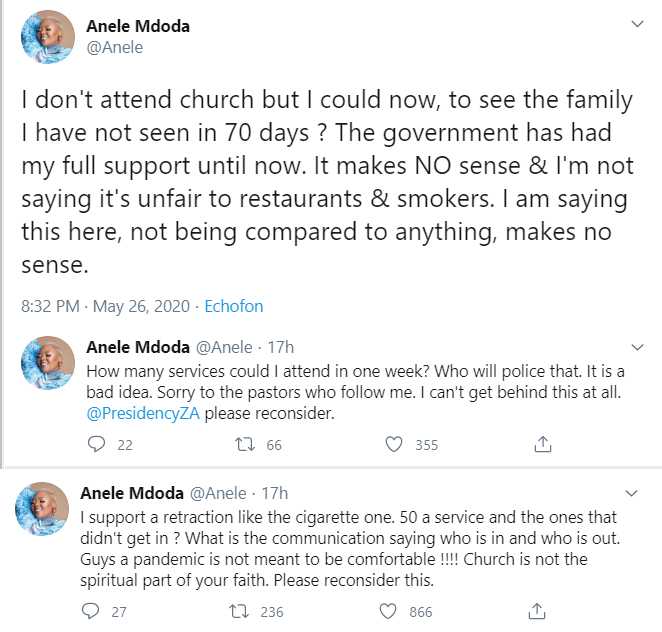 Tags
Anele Mdoda Khaya Mthethwa Lockdown House Party
Wuraola Salawu Send an email 27 May 2020
Back to top button
Close
We use cookies on our website to give you the most relevant experience by remembering your preferences and repeat visits. By clicking “Accept All”, you consent to the use of ALL the cookies. However, you may visit "Cookie Settings" to provide a controlled consent.
Cookie SettingsAccept All
Manage Privacy