The taxi strike in South Africa is already causing casualties, with buses being set on fire in Khayelitsha, Cape Town.

Tweeps who are witnessing the incident are calling on their compatriots to stay home and stay safe to avoid any incident that might cost them their lives.

One Twitter user implored his compatriots to stay clear of public transport and not drive on roads that have buses or taxis. You can check out the clips below.

If you’re in Cape Town, stay home today – don’t use public transport or drive on roads that has busses and taxis #Taxistrike #westerncape pic.twitter.com/uzA07Im1rM

What’s actually going on now was actually anticipated, with calls even made for the SAPS to take charge before violence erupted, especially as a fire brigade approach to crisis management is never in anyone’s interest.

Some South African Twitter users are claiming it is a black thing, and peeps just can’t exercise control in situations like these. Another countered that it is not; it’s just a crisis moment with everyone just as guilty. 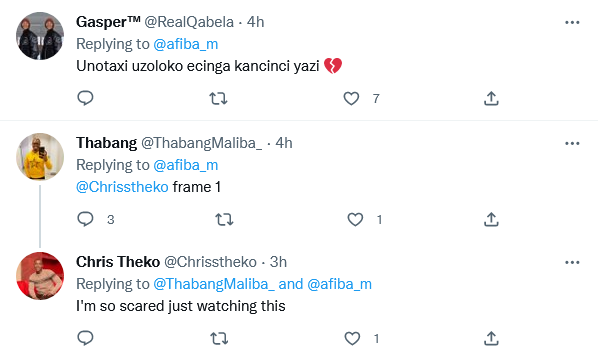 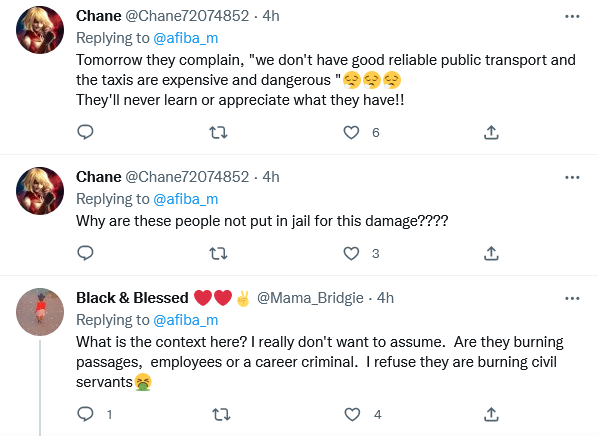 It remains to be seen how soon normalcy will return.

Tags
Khayelitsha
John Israel A21 November 2022
Back to top button
Close
We use cookies on our website to give you the most relevant experience by remembering your preferences and repeat visits. By clicking “Accept All”, you consent to the use of ALL the cookies. However, you may visit "Cookie Settings" to provide a controlled consent.
Cookie SettingsAccept All
Manage Privacy