I dont think we are ready for what’s coming. The airwaves are about to quake with the coming release of the visuals to Amanda Black’s new song “Khumbula”. The song features contributions from “Imali” Ami Faku who has been earning well deserved success for her music this year.

The announcement of the coming release was made by Sony Music Africa who revealed the date to be Friday, July 31. We must say, this is going to be a huge one for both singers. We might just have a female collab at number 1 on the charts this weekend. Fingers crossed. 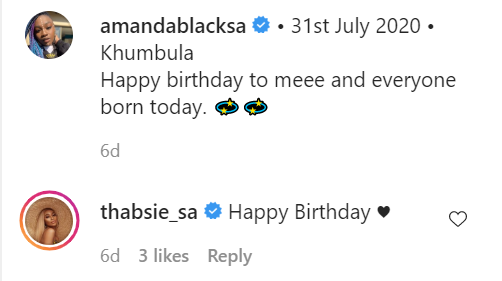 Speaking of Ami Faku, the “Imali” singer has earned a platinum plaque for her song “Ubuhle Bakho” following “Inde Lendlela” which went Gold in June. The Mzansi singer is also a strong contender at the SAMAs this year.