A year ago, Kid Cudi was cool with Kanye West, and the two of them recorded great memories together. Now, he’s no longer cool with the “Donda” rapper, and he made that clear in a recent tweet.

But what happens to the song he recorded with Pusha T that Kanye West will be producing? Well, he delved into that as well. According to Cudi, it’ll be the last time he’d work with Kanye West. He noted that he only gave Pusha T the go-ahead with the release of the song because he’s still friendly with the rapper. Cudi insisted he wouldn’t have anything to do with Ye ever again. 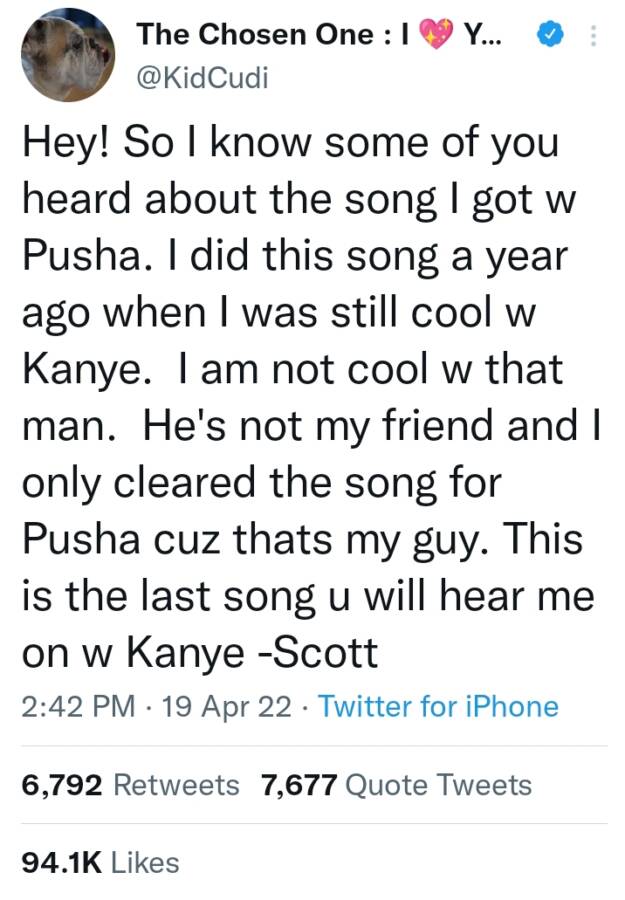 This assertion saddened some of his fans. Some of them even shared the moment the two musicians had performed together on stage, noting with regret that the two would not be seen together for a similar performance again.

Some noted that although Ye had started the whole beef with Cudi, it was months since they fell apart and that Cudi should have forgiven him and moved on.

And yet others thought Cudi was right to have cut ties with the musician. 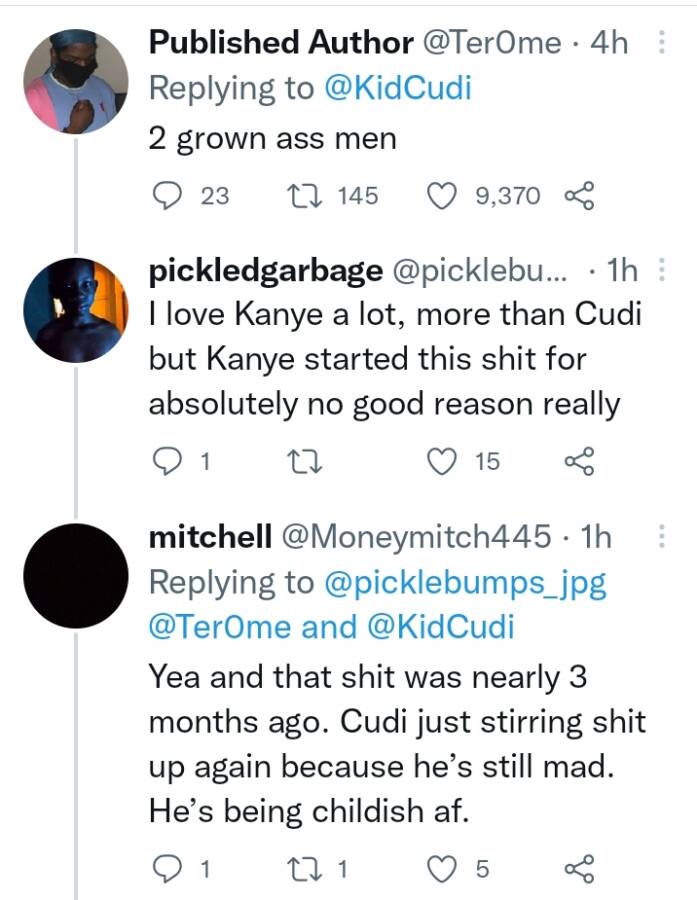 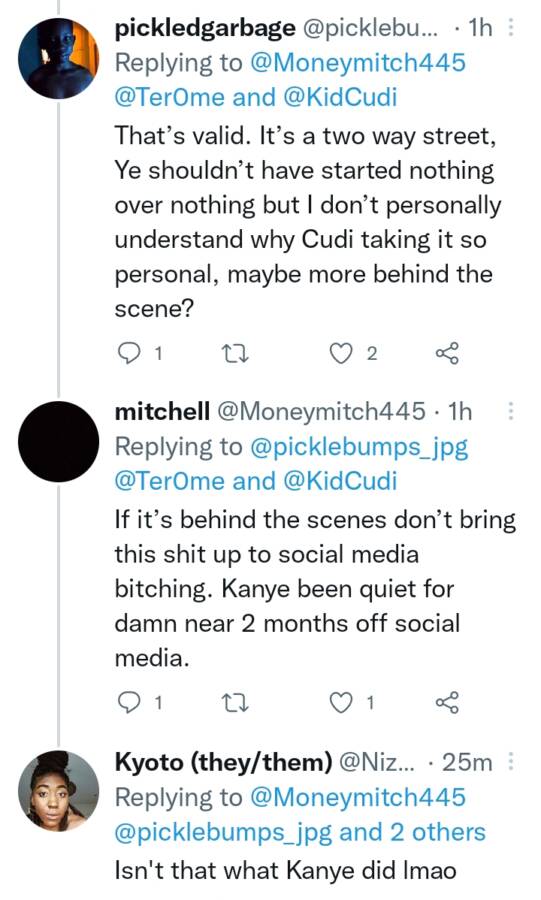 By the way, Pusha T is releasing an album titled “It’s Almost Dry” this Friday, and the song will be a part of it.

Tags
Kanye West Kid Cudi USA
John Israel A Send an email 19 April 2022
Back to top button
Close
We use cookies on our website to give you the most relevant experience by remembering your preferences and repeat visits. By clicking “Accept All”, you consent to the use of ALL the cookies. However, you may visit "Cookie Settings" to provide a controlled consent.
Cookie SettingsAccept All
Manage Privacy