When the pictures first popped online, fans had camped on her social media channels, demanding she denounce the brand for its “disgraceful” ads. After days of silence, she had spoken up.

In a tweet addressing the campaign, she noted that she had been silent the last few days not because she didn’t see the ad and how terrible it was but because she wanted to speak with the Balenciaga team to find out for herself how that could have happened.

Even before she released the statement, Balenciaga had pulled down the offensive campaign and tendered an apology.

She acknowledged the apology from the brand, noting that had realized the gravity of its mistake and taken the right decision after. 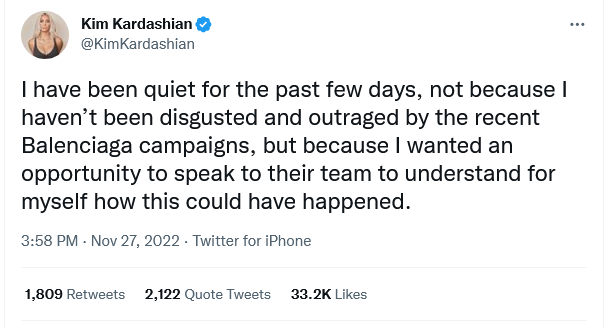 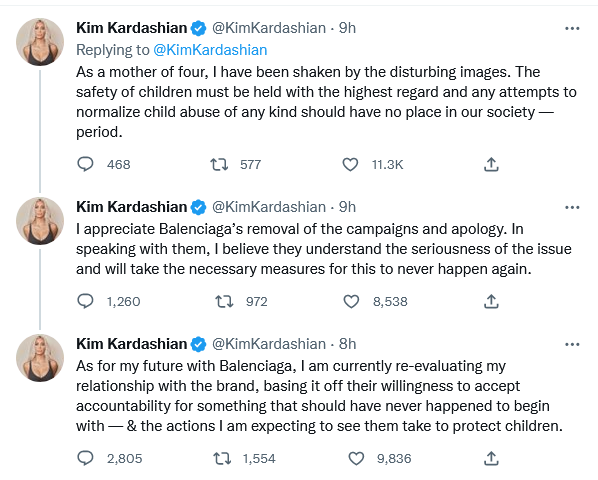 By the way, Balenciaga had reportedly filed a $25 million lawsuit against the designer and production company of the ad in what has been described as a tenuous attempt at blame-shifting.

Tags
Kim Kardashian USA
John Israel A28 November 2022
Back to top button
Close
We use cookies on our website to give you the most relevant experience by remembering your preferences and repeat visits. By clicking “Accept All”, you consent to the use of ALL the cookies. However, you may visit "Cookie Settings" to provide a controlled consent.
Cookie SettingsAccept All
Manage Privacy