It seems Kim K and her man, Pete, are going strong. The billionaire businesswoman always makes out time for her children and her man. She recently took to social media and shared photos with Pete showing them eating at a restaurant.

Kim titled the post “Late night snack”. The two looked happy to be in each other’s arms, staring into each other’s eyes while posing for shots. Kim and Pete have been one of the most talked-about couples this year.

This is primarily because of Kanye’s past behavior toward their relationship. According to him, she denied him access to his children. While the billionaire exes seem to have sorted out their lingering issues, Kim and Pete are said to be going strong. We hear the SNL star has got a tattoo inspired by his woman. Goals. 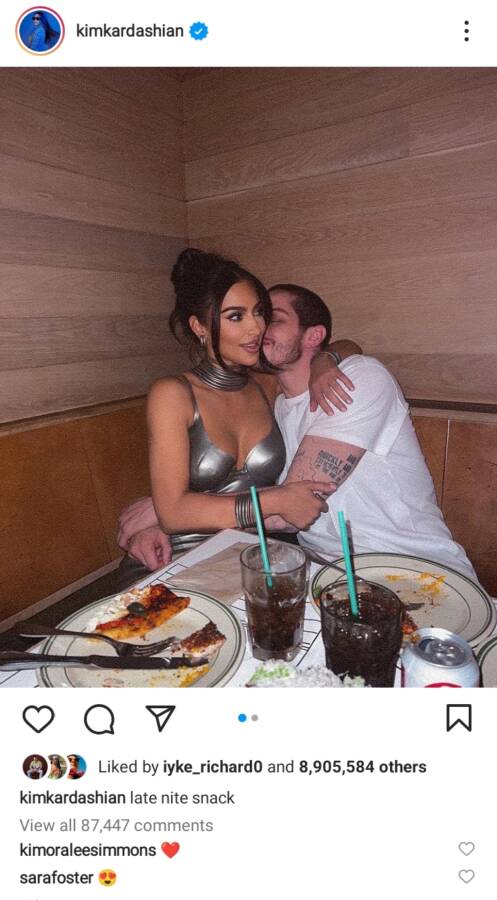 Tags
Kim Kardashian Pete Davidson
John Jabulani Send an email 12 April 2022
Back to top button
Close
We use cookies on our website to give you the most relevant experience by remembering your preferences and repeat visits. By clicking “Accept All”, you consent to the use of ALL the cookies. However, you may visit "Cookie Settings" to provide a controlled consent.
Cookie SettingsAccept All
Manage Privacy