You can as well replace King Monada’s name with “Song Bird”. The Mzansi star previously revealed that he had recorded over a hundred songs which we know will all sound amazing. Now, he is set to prove this with the coming release of his new album.

We doubt that anyone would be surprised at the fact that Monada is set to drop a new album after releasing one months back. Yes, the talented hit maker dropped “Ex Ya Drama” many months back. He also followed the album with “Ase Moruti” single which was a success. Although the song was not made available on Apple Music, it inspired a dance challenge.

Monada has been enjoying the success of his collaborative single “No Ties” with Tshego which was nominated for a SAMA but did not win. 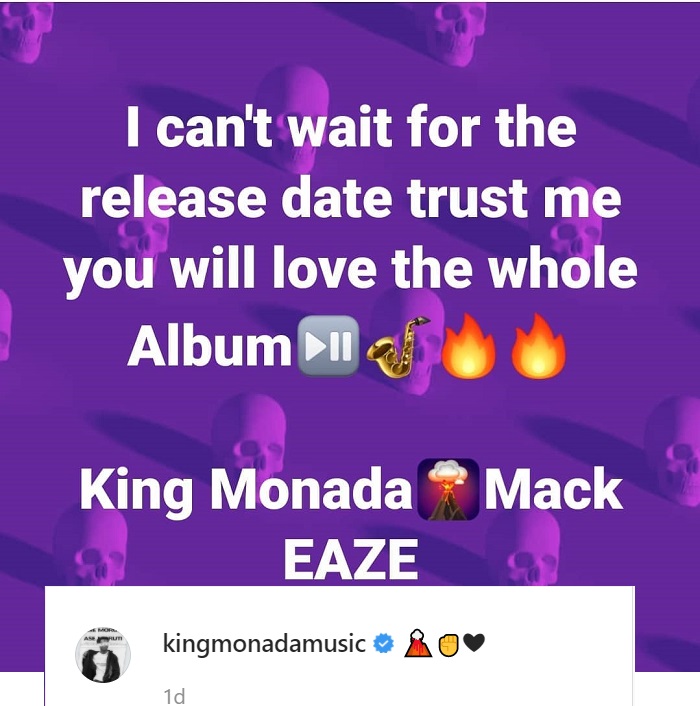