Mzansi singer King Monada has ventured into the condom business, and he’s loving every second of this adventure.

In a tweet yesterday January 2, the songster announced a new brand of condom named for himself – King Monada. If other people can do it, then he can do it too, he said.

He encouraged his fans to buy boxes of his condom, sharing a phone number they might call when they want to place an order. You can check out his tweet below. 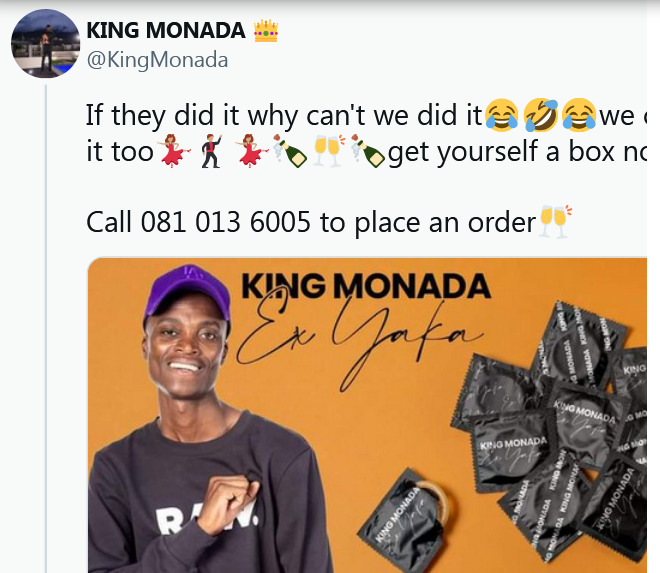 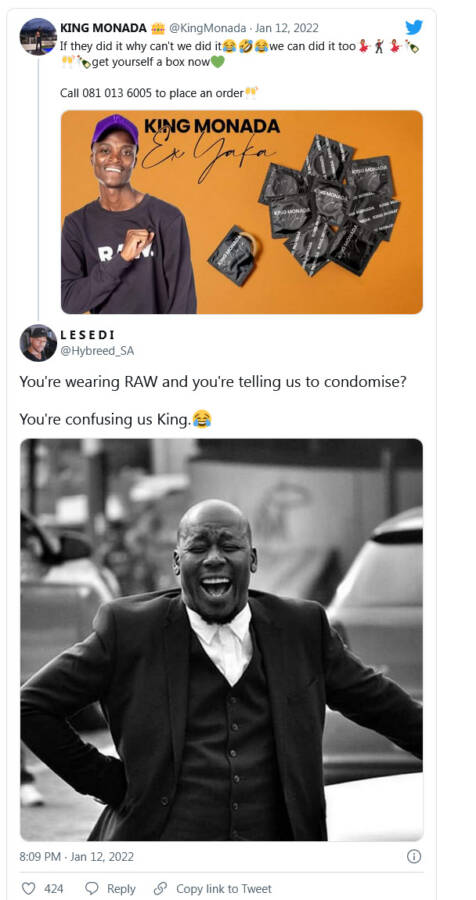 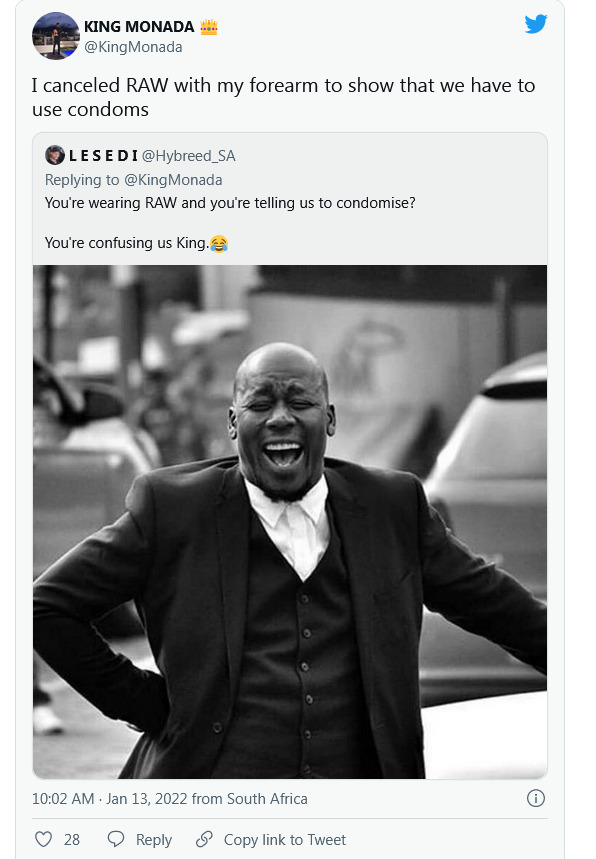 The post provoked hilarity among some of his fans. One of them noticed King Monada was wearing a cardigan with the inscription “RAW” and wondered why the muso will be asking people to condomize while saying something different with his clothes.

King Monada didn’t miss the joke. In reply to the fan, he’d noted that he canceled RAW – which might be true in the sense that in the picture he shared, his hand partially covered the phrase.

Anyway, if you’re in Mzansi, love shooting but aren’t ready for the babies just yet, you may want to patronize the muso. The side hustle must pay. With his condom brand, the songster joins other musicians making money from businesses apart from music.

Tags
King Monada
John Israel A Send an email 13 January 2022
Back to top button
Close
We use cookies on our website to give you the most relevant experience by remembering your preferences and repeat visits. By clicking “Accept All”, you consent to the use of ALL the cookies. However, you may visit "Cookie Settings" to provide a controlled consent.
Cookie SettingsAccept All
Manage Privacy