A week disappears, another shows up. And for lovers of good music and a good time, there’ll be no boring moments as Club Konka has planned for the weeks ahead to keep Mzansi entertained.

In a flyer issued by the Club, it was obvious that several key figures in South Africa’s amapiano space were lined up to entertain music lovers at the club every Friday. The performances would be dreamed live on Channel O.

Among the lineup are Mellow and Sleazy, Major League DJz, and Kabza Se Small.

The amapiano king was booked to perform yesterday 11 February 2022. He performed so well that evening that his fans stormed Twitter to share their delight about his performance at Konka, with some of them stating they can’t wait to see him perform again. You can check out some of the reactions so far below. 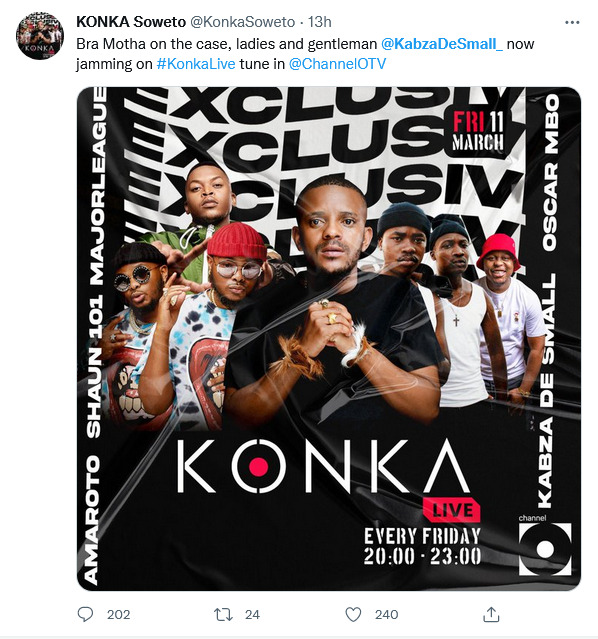 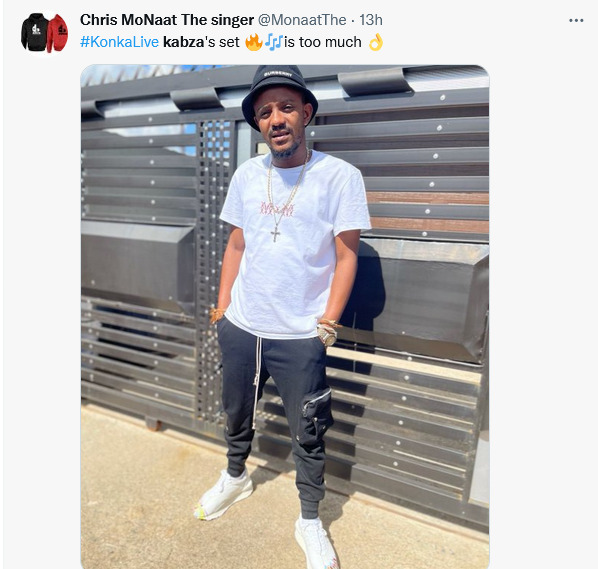 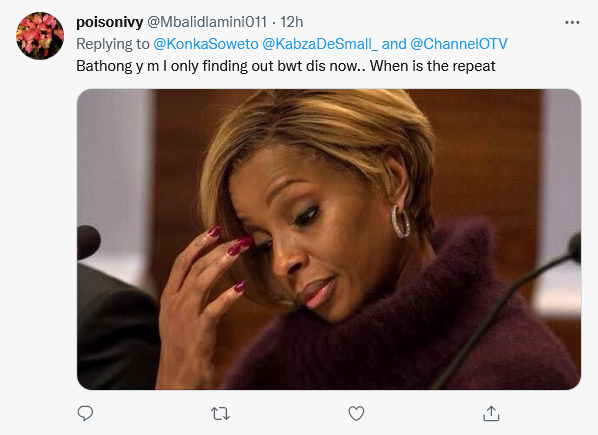 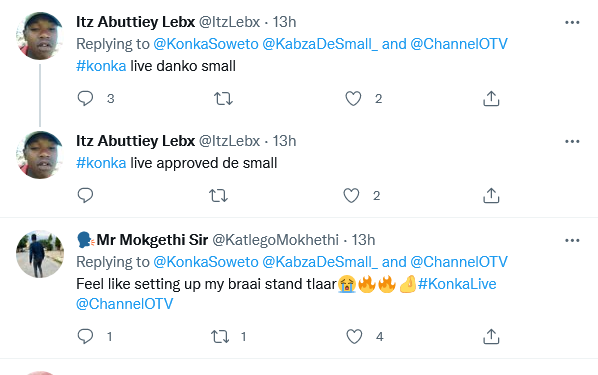 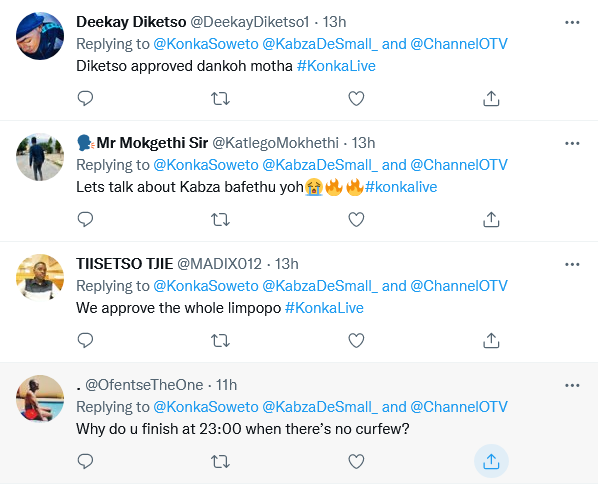 If you missed the performance of last Friday, you might want to look forward to another, this Friday, as Club Konka isn’t done with the music just yet.

Born Kabelo Motha in 1992, Kabza Se Small started making piano music at a time the genre wasn’t popular and many had given it a timeline to disappear as easily as it came.

Tags
Kabza de Small Konka
John Israel A Send an email 12 March 2022
Back to top button
Close
We use cookies on our website to give you the most relevant experience by remembering your preferences and repeat visits. By clicking “Accept All”, you consent to the use of ALL the cookies. However, you may visit "Cookie Settings" to provide a controlled consent.
Cookie SettingsAccept All
Manage Privacy