What would a Kwesta-Zola 7 collaboration look like? Your guess is as good as ours. We can confirm to you both artistes are currently working on a joint project.

Although the exact title of the project, as well as the release date, has not been announced, fans of both artistes are already in a state of excitement and just can’t wait for what is to come.

The reasons are legion. For one, Zola 7 is one of the most celebrated figures in South African music. He has had a brilliant career as a kwaito artiste and won several awards. But it’s been long he released a song.

However, he found a spot on the tube, hosting a show named for him: Hope With Zola 7, a hit with the South African public. True to the show’s title, it brought hope to those who followed it, and some fans even joked Zola 7 should be the next president of the Rainbow Nation.

Well, it appears Zola &’s ambitions are still in the world of music. And this time he will be working with another celebrated voice in the field. Kwesta recently took to Twitter to apprise fans of what is to come. It reads: “Ngeke sim’limaze Ma, sicela ukukhulama naye nje.” 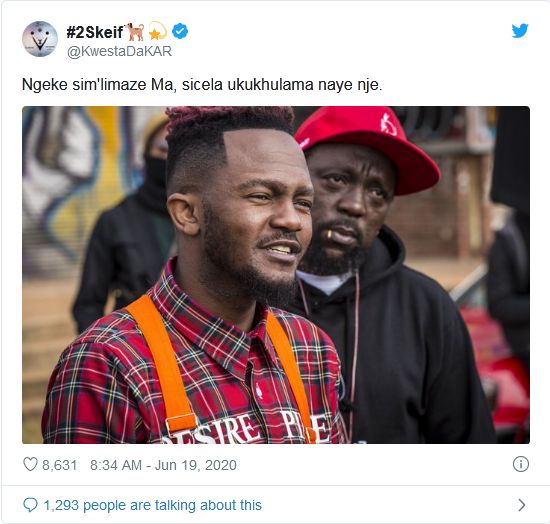