In Mzansi scandals are not a new thing. It may first come as a shocker, but we know there will always be something bigger. The man in the news this time is award-winning rapper Kwesta.

Earlier today, media star, Musa Khawula published tweets about Kwesta’s cheating scandal. He shared that the SA Hip Hop star was involved in an affair with a lady named Nthabiseng who lives in Mbombela. The gist is that Kwesta hooks up with her anytime he is gigging around Mbombela.

Apparently, his wife Yolanda found out about the affair and threatened to divorce him. Kwesta begged her not to and even re-proposed to make her happy. Furious about the turn-out of events, Nthabiseng posted photos and videos of Kwesta to get back at him. Check out the tweets below.

A look inside the secret life of Kwesta with his girlfriend Nthabiseng who lives in Mbombela.

Kwesta is cheating on his wife Yolanda Vilakazi and is said to always spend his time with Nthabiseng when he gigs around Mbombela. pic.twitter.com/cKhGv5cshg 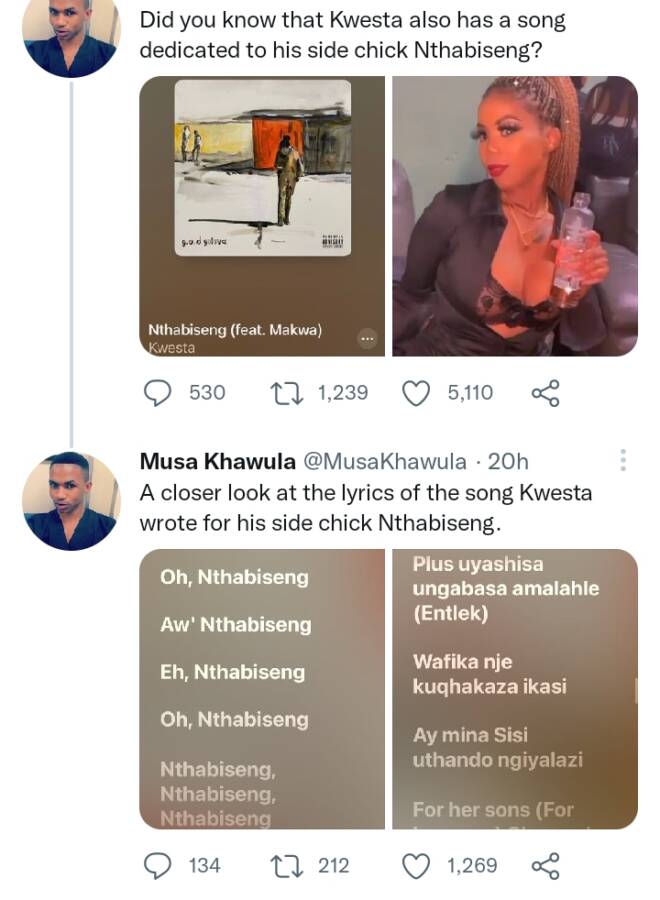 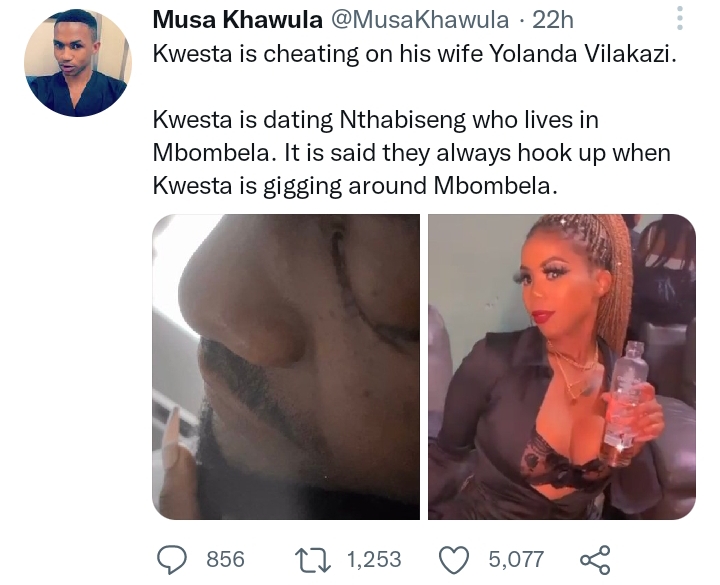 Tags
Kwesta
John Jabulani Send an email 26 June 2022
Back to top button
Close
We use cookies on our website to give you the most relevant experience by remembering your preferences and repeat visits. By clicking “Accept All”, you consent to the use of ALL the cookies. However, you may visit "Cookie Settings" to provide a controlled consent.
Cookie SettingsAccept All
Manage Privacy