It is exactly two years since Kwesta and Yolanda formalized their relationship as husband and wife. Kwesta is so excited about the memory he commemorated it in a post on Instagram, tagging his wife and urging her to tell her side of the story when she can.

In his post, he had wondered if his wife remembered their wedding day two years ago. She might not remember, but he made it known that he loves her so much. 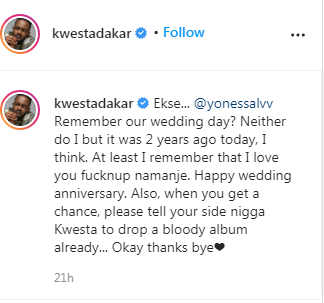 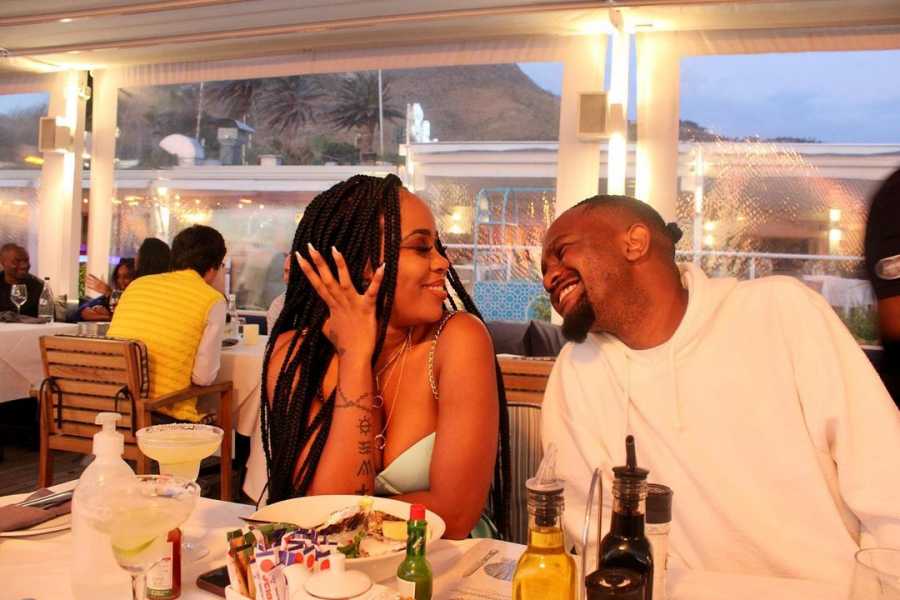 Kwesta and Yolanda are among South Africa’s most loved couples. Their relationship is one for the books and many people look up to them vis-à-vis relationship goals.

For the music nuts out there, the key take from Kwesta post might be his notice that the “Dakar II” star might drop an album soon. He didn’t disclose the title in the same post, though.

Well, what do you think of Kwesta’s anniversary message to his wife? You may want to join the conversation by dropping your thoughts in the comment section below. Way to go, peeps.

Tags
Kwesta Yolanda
John Israel A Send an email 23 March 2021
Back to top button
Close
We use cookies on our website to give you the most relevant experience by remembering your preferences and repeat visits. By clicking “Accept All”, you consent to the use of ALL the cookies. However, you may visit "Cookie Settings" to provide a controlled consent.
Cookie SettingsAccept All
Manage Privacy