Not long ago, South African Twitter was agog with the news that Formula would be coming to South Africa for the 2923 season. The Kyalami was picked as one of the venues to host the 2023 races.

It turned out that was mere hope and optimism and not part of the plans going forward.

While some South Africans expressed disappointment at the F1 race not coming to the Rainbow Nation, others laughed and said South Africa wasn’t ready for the race yet. One tweep joked that they haven’t got enough electricity to cook dinner, and yet Mzansi wants to host the races.

If South Africa had been included in the venues for the races, it would have been the first time the races would return to Kyalami since 1993. It turned out what’s popped online previously about South Africa hosting the race was nothing more than speculation. 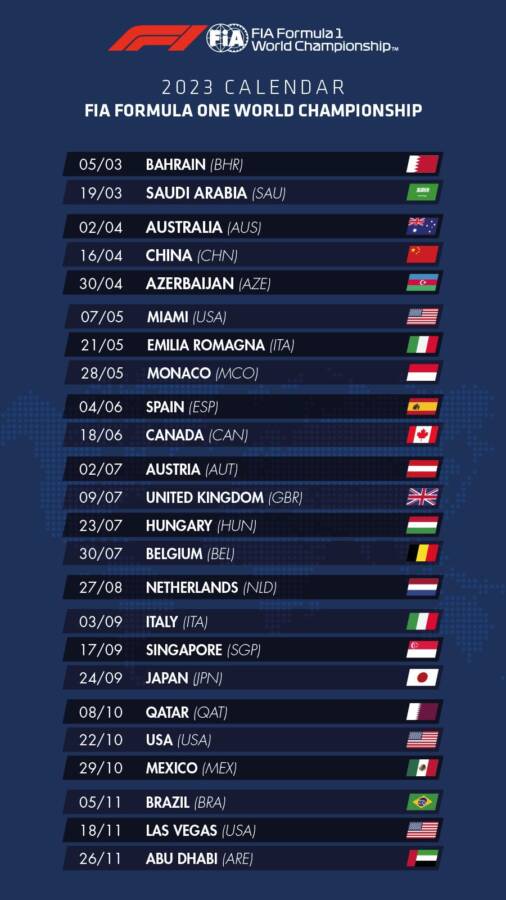 In the list for the 2023 season released by F1, South Africa was nowhere to be found. The list indicates that the race would begin in Bahrain and move to Saudi Arabia immediately after. Other countries that made theist include Australia, China, Brazil X Mexico, Japan, Hungary, Belgium, Netherlands, Canada, Italy, and Spain. The season would end in November at the Yas Marina in Abu Dhabi.

Tags
Formula 1
John Israel A21 September 2022
Back to top button
Close
We use cookies on our website to give you the most relevant experience by remembering your preferences and repeat visits. By clicking “Accept All”, you consent to the use of ALL the cookies. However, you may visit "Cookie Settings" to provide a controlled consent.
Cookie SettingsAccept All
Manage Privacy